Study finds rental discrimination in the city of Salisbury

SALISBURY — Jeffrey Dillman, co-director of the Fair Housing Project with Legal Aid of North Carolina, says housing discrimination occurs most often with a handshake and a smile.

“Most housing discrimination that we see is not blatant. We don’t see signs up that say ‘whites only’ or ‘no blacks’ or ‘no Latinos,'” Dillman told the Salisbury City Council earlier this month. “It’s someone saying, ‘Oh, I’m sorry, there’s nothing available,’ when really there might be something available.”

Dillman was presenting the findings of a recently completed fair housing study. City Planning Director Janet Gapen said the study was contracted by the city as part of a yearly effort to address impediments to fair housing choices.

Local impediments were identified in a 2014 analysis that found racial and ethnic minorities were more frequently denied home purchase loans. These groups were also more susceptible to predatory-style lending.

Additionally, the study found that Salisbury had insufficient fair housing tests and enforcement.

The study was limited to multifamily apartment complexes of 50 to 300 units.

Dillman said the tests used methodology approved by the U.S. Department of Housing and Urban Development. Testers would respond to advertisements for available units and “act as a human tape recorder,” he said.

“They try to record everything that was said to them, visually and auditorial, and write detailed reports that we can then compare,” said Dillman.

Of the six tests for racial discrepancies, three showed differences in treatment that all favored the white tester. The other three tests were inconclusive.

In the four tests for national-origin discrimination, two found differences in treatment that again favored the white tester, another found no difference in treatment, and the last was inconclusive.

Dillman said that though the incidence of discrimination was high, the testing size was too small to draw definitive conclusions.

“But any time we uncover a difference in treatment, that is concerning and warrants followup and a potential investigation and other action,” he said.

Other action could include enforcement actions or fair housing complaints against the complexes showing discrimination.

City Councilwoman Tamara Sheffield said the results show that the city is going down a “not good path.”

Both she and Councilman Brian Miller suggested forwarding the findings to the Housing Advocacy Commission and Human Relations Council.

“If discriminating is happening, it shouldn’t be,” said Miller.

The council voted unanimously to send the findings to the commissions after evaluating further actions both it and the two boards could take to address discrimination.

Mayor Al Heggins wanted to ensure the commission members receive adequate training, which they could then pass on to others in suggested interventions from Legal Aid.

“Currently, a lot of people who experience discrimination have no real knowledge that they were discriminated against,” he said.

He said the only way for an African-American or Latino to know if he had been given incorrect information by an apartment complex was if he had someone else going in after him to confirm it.

Mayor Pro Tem David Post and Councilwoman Karen Alexander raised the question about what the council’s responsibility is in addressing discrimination.

“The problem is what happens in the marketplace,” said Post, suggesting a larger test to provide the city more data and tools to correct discrepancies. “… We can train people but it doesn’t solve the problem because the problem’s in the market.”

“That means you not only refrain from discriminating as a city or as a county or state but also take steps to try to address the housing segregation that exists in the market,” he said.

For their next steps, council members will act on recommendations from the Housing Advocacy Commission and Human Relations Council upon further review of study findings. 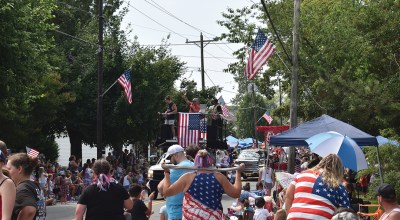 A holiday with purpose: Faith 4th pays it forward to community 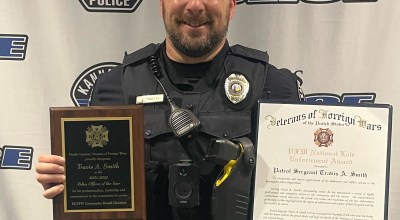 Landis man charged with assault of wife after barricading…