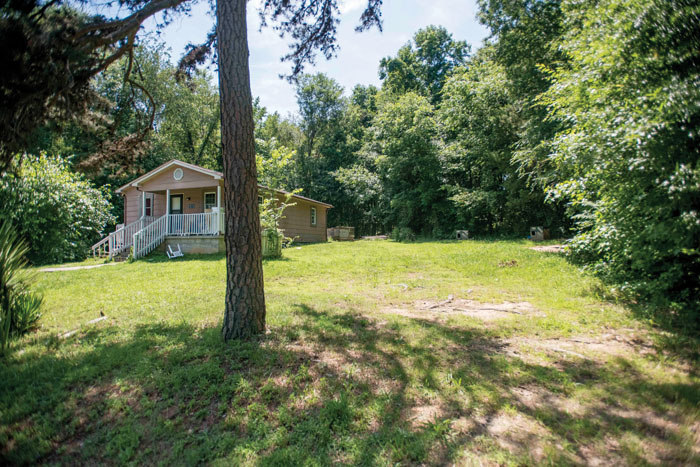 SALISBURY — Medications, syringes, a bite stick, and IV bag, and firearms were among the items seized at a Kenly Street home owned by a dog breeder who authorities say trained and sold dogs to be used in dog fighting.

Federal search warrants list the items that were seized a week ago at the home. The case has ties to organized dog fighting in Michigan, authorities said.

The search warrant application was filed June 6 by Steve Bailey, an agent with the U.S. Bureau of Alcohol, Tobacco, Firearms and Explosives. It says Salisbury resident Kelo McCain and others in Michigan were involved in the operation or promotion of one or more dog kennels that existed solely for the purpose of breeding and training fight dogs.

McCain, who lists 1105 Short St. as his address, has not been arrested in connection with the case. McCain told authorities he owns the property at 1111 Kenly St. Both properties were searched on June 6.

According to warrants, the ATF, FBI and U.S. Department of Agriculture joined the investigation in November because of the expansive nature of the dog-fighting ventures, the overlapping people involved and criminal activity across counties.

Dog fighting is illegal across the country.

The warrant names a number of people who are subjects of the investigation, including McCain, Charles Miller, Kian Miller, Damiane Buehrer, and Charles Davis Jr.

Stick Wit Me Kennels is listed in the warrant as a dog-fighting operation owned and operated by Charles Miller and Charles Davis Jr. The warrant says Miller, Davis and others work together “to train fighting dogs, maintain and care for fighting dogs, purchase and breed fighting dogs, and attend and gamble on animal fighting ventures.”

McCain was listed as an associate and advocate of Stick Wit Me Kennels.

The evidence seized included a spring pole; a hanging scale; a treadmill equipped with a wooden apparatus used for dogs; a plastic dog crate bearing a United Airlines shipping label indicating the crate had been shipped from Ecuador to Michigan; videos of dog fighting; and letters from prison inmates discussing dog fighting.

Miller’s cellphone had call logs, contacts, text messages, pictures, videos and social media content from Dec. 6, 2016, to July 27, 2017. The phone showed text messages to and from Miller and McCain.

On April 2, 2017, Miller sent McCain a text message asking if McCain had any dogs to sell. The two exchanged messages indicating that McCain said he had some 12-week-old puppies that he believed Miller would love.

On June 13, 2017, McCain contacted Miller to say a transporter would there on a Saturday.

On June 20, 2017, Ingham County Animal Control responded a Lansing house regarding an animal welfare complaint. They seized two pit bull-type dogs from the owner of the residence, who said the dogs belonged to Miller and that Miller recently bought them in South Carolina.

Miller went to Ingham Animal Control and identified the two dogs — Sammy and Night or Nightmare — as his.

The American Dog Breeders Association is a Utah-based organization that maintains a registry of American pit bull terriers and pit bull kennels. According to the registry, Nightmare is an offspring of two dogs owned by Corner 2 Corner Kennels, which is owned by Kelo McCain. The pedigree of the dog is listed on the registry, which shows dog fighting notations in the second, third and fourth generations.

On Jan. 26, 2017, the Salisbury Police Department began an animal-cruelty investigation of McCain. It revealed that McCain had 42 pit bulls housed at 1111 Kenly St. Police and animal control officers went to the house and found the dogs were secured on heavy chains and kept separate from each other. That is indicative of the way fighting dogs are kept, according to the search warrant.

The police report said several of the dogs had wounds and dried blood on them. Most were in poor health with a least one dog bleeding profusely while the officers were there.

McCain’s Facebook page showed a photo album labeled Mexico in November 2014 showing what appeared to be a dog-fighting event. McCain is shown posing with a pit bull. According to its online pedigree, that dog — Capoeira — was classified as a “Grand Champion,” a dog that has won five contract matches from Corner 2 Corner Kennels.

Investigators determined that Capoeira has been retired and was used for breeding.

On May 8, Salisbury police conducted surveillance from an airplane that showed 1105 Short St., where 13 dog kennels were photographed behind the home in a wooded area. The photos showed the ground surrounding the kennels was worn in round patterns with no grass.

Investigators said this showed that a dog was likely staked in the area and would wear a circle in the ground.

On the same day, Salisbury police did a drive-by surveillance at the Short Street home. From the road, officers could see a number of dogs behind the home.

Federal law enforcement officers searched the Short Street home on June 6 and found 19 pit bull-type dogs. No one was present during the search.

Officers conducted a knock-and-announce search at the Kenly Street property. Ten pit bulls were found outside, restrained with heavy metal chains. One dog was in a fenced-in kennel, but all were kept separate from each other. One dog was bleeding from its face, and a few other dogs had old scarring on their front legs and faces.

Officers found a spring pole made of rope at the home. A spring pole is a hanging spring device designed so that once a dog bites it, the pole suspends the weight of the dog, strengthening its bite.

Police and animal control officers went to 1111 Kenly St. on Jan. 26, 2017, to investigate reports of animal cruelty. They found 42 dogs, most of which were malnourished and some with old injuries. Some of the dogs were inside the house; others were outside and restrained with short heavy metal chains.

McCain told authorities that all 42 dogs were his and that he owned the property.

Federal investigators spoke with McCain’s sister, Talita, who told them her brother owned the Kenly Street property and took care of the dogs on site. A neighbor described a man matching Kelo McCain’s description as the person who frequently visited the home.

Investigators seized a number of items at the Kenly Street home, including miscellaneous medications, syringes, a bite stick and leash, dog vitamins, a collar, an IV bag, a catheter, a Mossberg 22 rifle, a Taurus pistol and a break stick.

Break sticks are used to pry open the jaws of a dog. A bite stick or baton can be used to deter a dog attack.