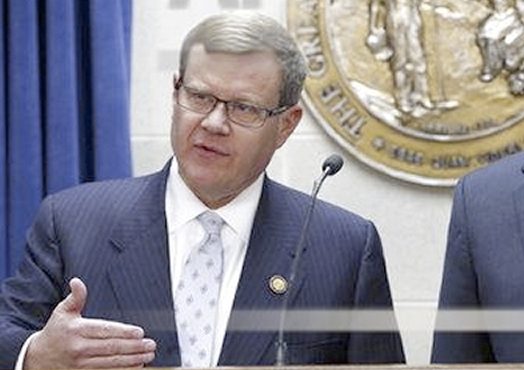 RALEIGH — Thank you for your generous donation to the Moravian Church’s mountain retreat and conference center.

Sure, odds are you’ve never visited this facility in Ashe County, and you might not be a Moravian. But state legislators are sending $75,000 of your tax dollars to the church’s Laurel Ridge Camp, Conference and Retreat Center.

Why do the Moravians need state funding and what will they do with it? The budget bill doesn’t say. Details are also scarce about several other faith-based groups funded in the budget, including a Christian hunting club for young boys and anti-abortion pregnancy centers.

Separation of church and state be damned: Your legislators have millions of dollars to spend, and they’re spending it on their favorite local charities and causes. Some call it pork, some call it earmarks, but it’s a longstanding tradition among both parties in North Carolina and in Congress.

Still, this year’s budget seems to include even more pork than in past years, with a $357 million revenue surplus available. Senate Democrats released a list of 347 earmarks totalling about $102 million, roughly a half-percent of the total $23 billion budget. In addition to the no-strings-attached cash to faith-based and other charities, select fire departments are getting grants, and local governments are getting money for parks and downtown revitalization.

GOP leaders even have a new name for the practice, according to House Democratic Leader Darren Jackson: “Member money.”

“Pork” has a negative connotation, so leadership apparently wanted a euphemism. “Member money,” however, sounds even worse, as it implies that tax revenue somehow belongs to the elected officials.

Funding faith-based charity work isn’t a core state government responsibility, and local government projects should be funded by local taxes. But the practice wouldn’t be so bad if the “member money” was distributed equally across the state.

It’s not. Most of the 347 earmarks are directed to groups and governments in districts represented by Republicans, with some of the biggest grants going to leaders’ hometowns.

Eden (home of Senate leader Phil Berger) and Dunn (home of House Rules Chairman David Lewis) each get $500,000 for unspecified parks projects. But similar towns represented by Democrats, such as Ahoskie and Williamston, won’t get a dime — even though they have higher poverty rates.

The Lawndale Volunteer Fire Department — in House Speaker Tim Moore’s district — is getting $100,000. Fire departments are an important government service, but apparently not important enough to fund all of them. So my state taxes will improve fire service in Lawndale, but they won’t help the fire department that serves my neighborhood.

The reason for extra pork this year is simple: There’s a big election coming up, and handing out free money is an effective way for incumbents to drum up votes.

The charities and local governments benefitting from this budget will be sure to tell their supporters and residents which legislator brought home the bacon.

This, however, wasn’t what we elected these people to do. If Phil Berger wants to build parks in Eden, he should run for mayor — not state Senate. The legislature needs to focus on funding education, health care and economic needs across the entire state.

If any money is left over after those priorities are fully funded, legislators should let taxpayers decide which charitable causes deserve their support. The $102 million in earmarks equates to about $10 for each North Carolina resident.

Why not add $10 to everyone’s tax return next year with a little encouragement to pay it forward and support your favorite charity?

The Moravians could still send their share to the mountain retreat if they want, and I could make sure my local firefighters don’t get left out.