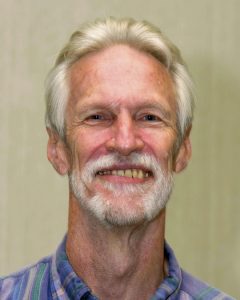 GREENVILLE: Miriam Herin of Greensboro won the 2018 Doris Betts Fiction Prize for her story “Lucky.” She received a prize of $250 from the North Carolina Writers’ Network. Her story will be published in the North Carolina Literary Review’s 2019 print issue.

Herin’s second novel, “A Stone for Bread,” was selected as one of Kirkus Reviews Best Books of 2016.

The author’s first novel, “Absolution,” won the 2007 Novello Press Literary Award, was a finalist for Foreword Magazine’s 2007 Novel of the Year, and received the Independent Publisher’s 2008 Gold Award for Best Fiction, Southeast Region.

A native of Miami, she has lived in the Washington, D.C., area and New York City, as well as in South Carolina where she earned a Ph.D. in English literature. She has taught composition and literature at Appalachian State University and Greensboro College, among others.

She spent years in Charlotte organizing and directing a program for Southeast Asian teenagers whose families were refugees from the Vietnam War, the genesis for the story “Lucky.”

This year’s final judge was Stephanie Powell Watts.  Her debut novel, “No One Is Coming to Save Us” (Ecco Press, 2017), the Inaugural Sarah Jessica Parker Pick for Book Club Central, was described as “a backwoods African-American version of The Great Gatsby” by Janet Maslin in The New York Times Book Review.

This year’s competition drew 141 submissions. Watts selected Herin’s story from 18 finalists, saying, “With inventive, deftly rendered scenes ‘Lucky’ tells the story of … Sokha’s epic journey to buy rice and a bottle of cola from a neighborhood store. Sokha is haunted by tragedy, and her memories of the Red Khmer in Cambodia many decades past rise unbidden and unwelcome as she navigates the streets of her American town.”

Watts describes “Lucky” as “an intimate, tender story about the loss of community, our mutual fear of our neighbors, and the boundaries of our faith,” and says she will be “thinking about this beautiful story for a long time.”

Watts picked “Corin and Dorinda” by Asheville resident David Brendan Hopes for second place, calling it “a wise story that is, at its heart, a story of disappointment. Despite being an accomplished scholar and teacher, Dorinda watches while her husband gets the ‘real job’ and becomes more and better ensconced in the English department at his small rural college.” Hopes’s story will be published in NCLR Online 2019, which comes out in January or early February.

Hopes is a professor in the Department of English at UNC-Asheville. His novel, “The Falls of the Wyona,” won this year’s Quill Prize” from Red Hen Press; it is scheduled for publication at the end of the year.

Watts also noted the finalists “Life List” by Ray Morrison and “For A Blaze of Sight” by Beth Gilstrap for honorable mention and remarked on the strong narrative voice of finalists Mamie Potter in “Moving” and Chris Verner in “A Plague on the World.”

The competition is sponsored by the nonprofit North Carolina Writers’ Network, the state’s oldest and largest literary arts services organization devoted to writers at all stages of development.

“Us Against You,” by Fredrik Backman. Atria. 448 pp. $28. By Bethanne Patrick Special To The Washington Post If Alexander... read more