Editorial: Thumbs up on Fibrant move 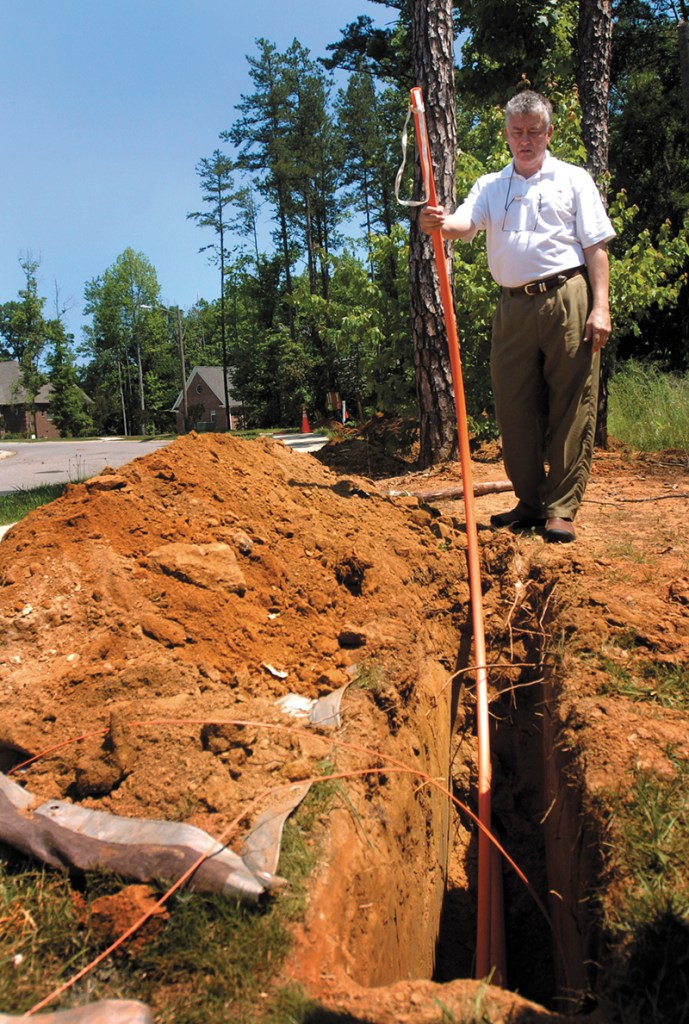 City of Salisbury's Mike Crowell handles a piece of cable that would be buried for Salisbury's Fibrant, then known as Fiber to the Home. Andy Mooney / Salisbury Post File Photo

Salisbury voters are as eager as City Council to find a way out of the Fibrant bind, judging by the results of Tuesday’s referendum. Asked if the city should lease the broadband system to Hotwire Communications, 81.5 percent of participating city voters chose “for,” a clear sign the council is doing something voters want.

Some may want to qualify that declaration by pointing out only a small percentage of voters turned out. The unofficial total was 2,602 to 590 in a city of 33,000 people. Still, this was every registered voter’s well-publicized opportunity to speak up at the ballot box. The ayes have it.

Now the real works starts, as Hotwire Executive Vice President Max Kipfer said Tuesday night. Transitioning from a municipally operated system to a privately run one is bound to be complicated. But Hotwire appears to be excited about the opportunity.

The conservative Carolina Journal weighed in on the Fibrant referendum on Primary Day by posting an article, “Salisbury voters to choose whether to lease money-hemorrhaging broadband system.” Perhaps inadvertently, the story mentions one aspect of Fibrant that has helped thousands of people in the Salisbury area. Even those who didn’t subscribe to the service benefited from the lower rates it prompted.

“Legacy providers AT&T and Time Warner reduced their rates after Fibrant began operations in 2008, which led to the municipal broadband network never meeting subscriber goals of 30 percent of city residents,” writes CJ contributor Johnny Kampis, whose articles about municipal broadband appear in many publications and websites. One expert cited in the article said the lease was the city’s best option; another said the best solution was to “unload it.”

Salisbury borrowed about $40 million for Fibrant, including funds borrowed from its water and sewer reserves, and each year has been spending $3 million in taxpayers’ money to cover its expenses.

The Hotwire lease will not reverse Salisbury’s Fibrant situation immediately, but it gets the process going.

Meanwhile, great credit should go to City Manager Lane Bailey and Mayor Pro Tem David Post, who insisted on facing the facts about Fibrant. Under earlier leadership, the network’s expenses had been spread throughout the city budget to create the illusion that Fibrant was making money. Bailey pulled all those bits back together to arrive at authentic cost figures. Post brought the $3 million-a-year expense to the public’s attention and pushed relentlessly for action.

Fibrant will soon become Fision and start a new chapter as a public-private partnership. Let’s turn the page and do what we can to help this venture succeed.