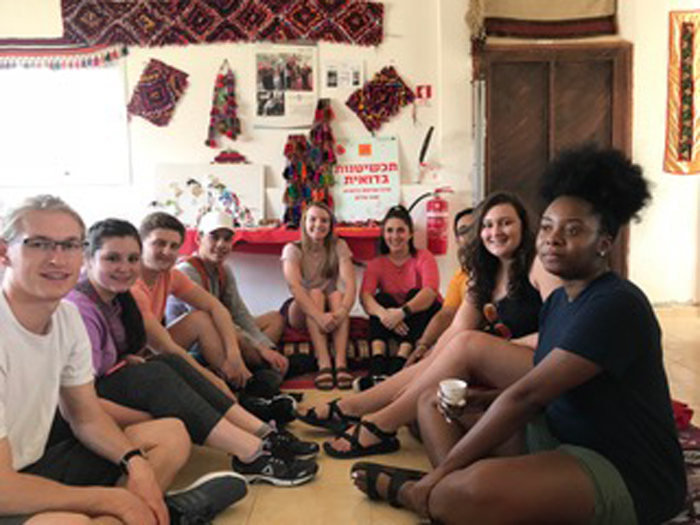 SALISBURY — Over spring break, a group of nine Catawba College students along with assistant professor of business Renee Just traveled to Israel for an entrepreneurship class.

Their goal was to explore the innovation and entrepreneurship Israel has to offer.

They began their journey by visiting Google Israel and Waze (the real-time traffic app) in Tel Aviv, followed by a stop at a social entrepreneurship community, Eretz Ir and P’nima, to hear the story of a Bedouin woman, Amal Abu Alkom (Segev Shalom).

She shared what it was like growing up and being restricted from getting an education. The Bedouins live off grid, in a self-contained community.

The Catawba group visited Herzliya and the Interdisciplinary Center that is an elite higher education institution offering a premier entrepreneurship and media program. The center’s campaign is “Study in English, study in Israel.”

The journey continued to 83 North, a venture capital firm; Young Jerusalem; Made in Jerusalem; and Yotpo, an entrepreneurial start-up and social business incubator working in Jerusalem’s mixed Musrara neighborhood to build community, business and technology — including a hub.

The Catawba group met with Nafez Nazzal, a Palestinian academic who shared his story of growing up in Israel. He also shed light on the perceived troubles that are not about religion but rather about land.

The students spent down time in Tel Aviv and Jerusalem, sampling foods and taking in the culture. They visited the Old City, the Western Wall, open air markets, and Holocaust memorial Yad v’Shem, and they enjoyed a Shabbat dinner with a family.

They walked along Rothschild Boulevard — Israel’s first ”start-up street” — to Independence Hall, the building where Israel declared its independence in 1948.

The group toured the Israel Museum, which exhibits the Shrine of the Book holding the Dead Sea Scrolls, a scale model of Jerusalem from 2,000 years ago, and extensive art, archaeology, Judaica and other exhibits.

They visited Masada National Park and heard the story of Jewish rebels’ last stand against the Roman Legions at the end of the Great Revolt 2,000 years ago. Then, the students covered themselves in mud and floated in the super-saline, mineral-rich and naturally buoyant Dead Sea, the lowest place on Earth.

Just is the director of Catawba’s Center for Entrepreneurship and Experiential Development. Angelia Bates, administrative assistant in the Ketner School of Business, also went on the trip to Israel.