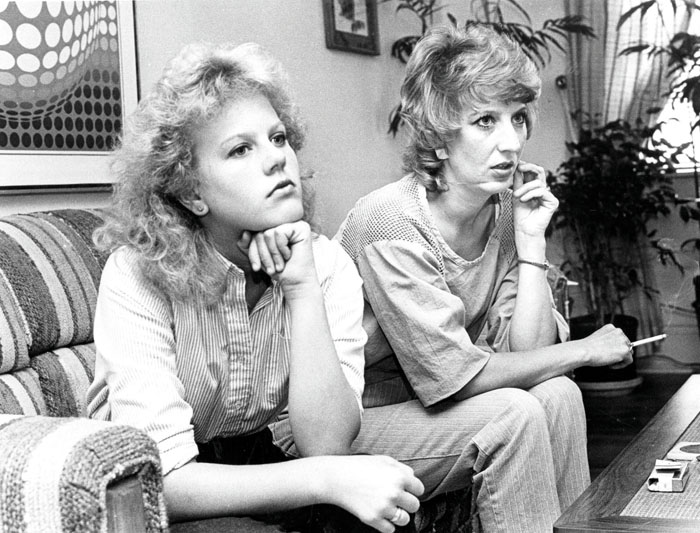 Jodie Trexler Laird of Salisbury went on the “Dr. Phil” show to dispel long-running rumors that she killed her sister, 15-year-old Reesa, nearly 34 years ago. As the segment unfolded Monday, Jodie may have won vindication in the court of pubic opinion. An accuser’s evidence crumbled  under Dr. Phil’s questioning, and Jodie tested well on a polygraph, according to the man who administered it.

This clearing of doubts about Jodie, only 13 at the time of the murder, raises the obvious question: Who did kill Reesa Dawn Trexler? Who came upon her in  her grandparents’ house on North Shaver Street on that July day and brutally stabbed her over and over — 18 times?

Now that the case has been reopened in this way, Salisbury police should follow up with a search for solid evidence and more clues that could lead to a real, legal conclusion of the case. Anyone who would so cruelly kill one teenage girl could very well have gone on to murder others. Jodie Trexler’s appearance on “Dr. Phil” may get people talking and shake loose new information. Most of the investigators who worked on the case have retired or passed away; fresher eyes may find something that was not evident before.

Cold cases are the stuff of TV dramas; solving decades-old cases is not as easy as it looks on detective shows. Salisbury police have more recent unsolved cases that trouble the community. But, as Jodie’s TV appearance showed Monday, Reesa’s family still suffers because of the lack of closure in her murder. They — and Reesa — deserve answers.