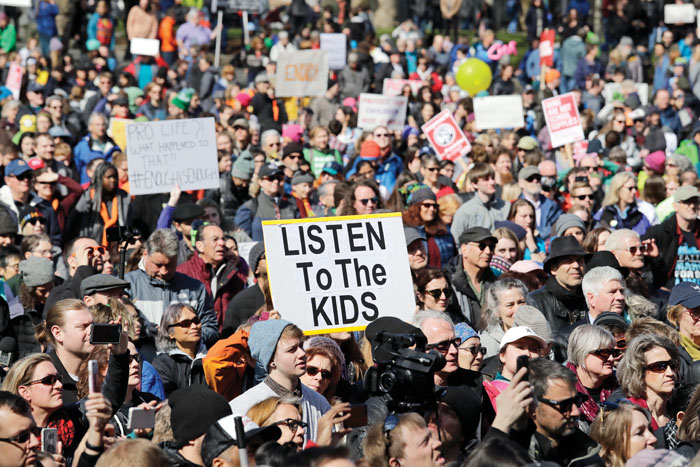 Retired Supreme Court Justice John Paul Stevens may have just derailed the Democrats’ chances of reclaiming Congress next November. He spilled the beans, revealing the true intentions of liberal Democrats to repeal the Second Amendment.

Enter globalists like billionaires George Soros and Michael Bloomberg, among others, spending millions every year to destroy our constitutionally guaranteed freedoms.

Example: Recent nationwide anti-gun marches. Dana Fisher of the Washington Post researched the attendance claims at the D.C. children’s march and discovered that only about 10 percent of protesters were actually under the age of 18. The average age of the other 90 percent was 48. Around 27 percent of attendees had never protested before, with most of the new protesters actually protesting President Trump and “peace issues.”

Feel like a little math? There were approximately 20,000-30,000. Maybe 100,000 — give or take —  nationwide. Minuscule compared to tens of millions of teenagers here, many easily misguided.

Question: If approximately 2-3 percent of our teenagers support gun control, how does the other 97 percent feel? Were they invited?

The children are dreaming of a utopia that exists only in Disney World and Hollywood.

The late, great Merle Haggard wrote of “Eating rainbow stew” — “We’ll all be drinking free bubble up and eating that rainbow stew.”

The U.S. is the “last loose cannon on the deck” possessing the absolute right to own and bear arms. Beware of fantasies peddled by snake oil salesmen like Bloomberg, Soros, Democrats and Hollywood nuts. Many died for these freedoms.