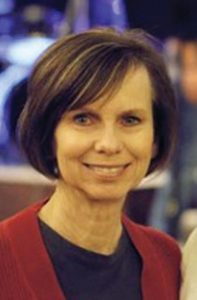 We had a visitor! A huge box turtle was plodding down our driveway, as I watched from my living room window. (I will henceforth refer to him as Tommy Turtle.) I was impressed by how much progress he was making! Tommy was obviously in a hurry.

I called for the family to watch, anticipating the potential for a spontaneous and super science lesson for our grandsons. One quick look, and they raced outside for better viewing.

As soon as we gathered around Tommy, he stopped and went into his area of protection — his shell. We stood, watched, and waited. Nothing. Time passed. He was not budging.

But…he needed our help! We had to get him off our driveway, so he could be safe!
Papaw developed ‘Plan A’ to assist Tommy. He donned garden gloves, picked Tommy up, and prepared to move him to a wooded area near the lake behind our house, where he could live the good life.

But hold on! Tommy was unappreciative of the attempt at this quick mode of transportation to a new and improved location. He kicked up his legs and thrashed around, like it was a fight to the finish!

Tommy won the battle. He was returned quickly to his unsafe driveway spot.
‘Plan B’ was then put into action. This plan was to bang a shovel on the driveway to make noise and encourage Tommy to move. He felt the vibrations and moved.

Why wouldn’t Tommy let us help him? We gave up and went inside.

Disappointed in Tommy’s lack of desire to receive help, we concluded our science lesson inside by researching box turtles.

We were trying to get Tommy somewhere he did not need to go — and with a method that was not best for him. We actually slowed down his progress by trying to do it for him.

Sound familiar? Yes, we sometimes unintentionally do the same thing when trying to help those we care about. We make a plan to help move them to where we think they need to be. If it does not work, then we create a ‘Plan B’ for them. It usually does not work, either. And, our plans may actually sometimes slow down their progress.

Tommy’s story reminds me of what the Word of God says about plans in Jeremiah 29:11 — For I know the plans I have for you, plans to prosper you and not to harm you, plans to give you hope and a future.
I love the pronouns in that verse. I means God. You means you.

Tommy Turtle update? We went back outside a few minutes later to check on him. He was nowhere to be found. Apparently, he had gone in his own time — and at his own pace — to find his own direction in life. Surely, it included a nice wooded area with some beautiful grass, berries, or insects on which to feast, because God’s plan is perfect like that!

When it’s safe to plant my garden and more answers