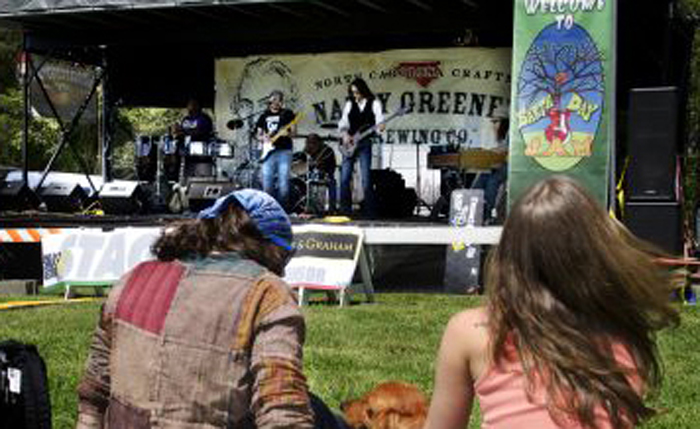 SALISBURY — After a two-year break, the music and arts festival Earth Day Jam will return April 28.

The festival, which benefits Happy Roots and its community projects, is scheduled from noon to midnight at Dark Before Dawn Farm, 2100 Seventh St. Extension.

This year’s primary sponsor is Power Home Solar, a solar panel manufacturer in Mooresville. The festival also relies on other corporate and private donations, along with more than 50 volunteers.

Earth Day Jam was founded in 2012 by Ashley Honbarrier and Stacey Carter. It was held annually for four years, with proceeds benefiting the LandTrust for Central North Carolina. In 2015, the jam raised more than $9,000 for LandTrust and attracted more than 2,000 people.

During its two-year hiatus, Carter and Honbarrier formed Happy Roots, a nonprofit organization whose mission is to provide nature-based therapeutic and education services to enhance the wellness of the community and the environment.

Earth Day Jam features national and regional touring acts, as well as some of Salisbury’s own musical talent.

“This family-friendly event will bring musical diversity, artists, vendors, environmental educators and children’s activities to Salisbury continuing an Earth Day tradition that benefits the community and the environment,” Happy Roots said in a news release.

Yarn will be featured as one of Earth Day Jam’s headlining acts. An Americana/roots band from Brooklyn, New York, Yarn has shared the stage with stars such as Dwight Yoakam, Charlie Daniels, Allison Krauss, Leon Russell, Jim Lauderdale and the Lumineers.

Yarn’s second album, “Empty Pockets,” which peaked at No. 5 on the Americana Music Association charts, was honored with eight Grammy nominations. The complete musical lineup will be announced soon.

Find updates and festival and ticket information are at www.facebook.com/EarthDayJam and www.earthdayjamnc.com.