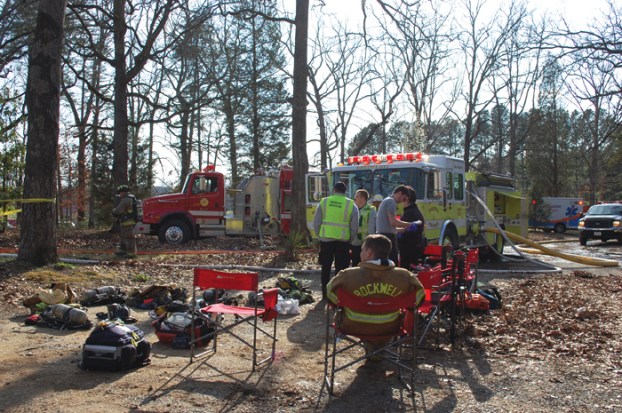 ROCKWELL — One person is dead after a two-alarm fire broke out late Tuesday afternoon at a home in Rockwell.

Renfrow said he lives nearby and was able to make it to the house in three minutes in his personal vehicle.

He said he kicked down the door when he arrived at the house but that it was too hot to go in without gear.

“And we had no details of where the victim was in the house,” Renfrow said.

Renfrow said about 40 firefighters from eight departments responded and were able to put out the fire in about 20 minutes.

He said he’s not yet sure of the cause of the fire but thinks the victim was the only person in the house when it caught fire.

The identity of the victim has not been released.

Renfrow said neighbors were the first ones to see the smoke and report that someone might be trapped in the house.

ROCKWELL — At seminary school, the Rev. Jay Whitley says, a piece of time-worn advice given to future pastors is to watch out for... read more