Freightliner is ramping up production, adding a ‘significant’ number of jobs; sources say it could be 720 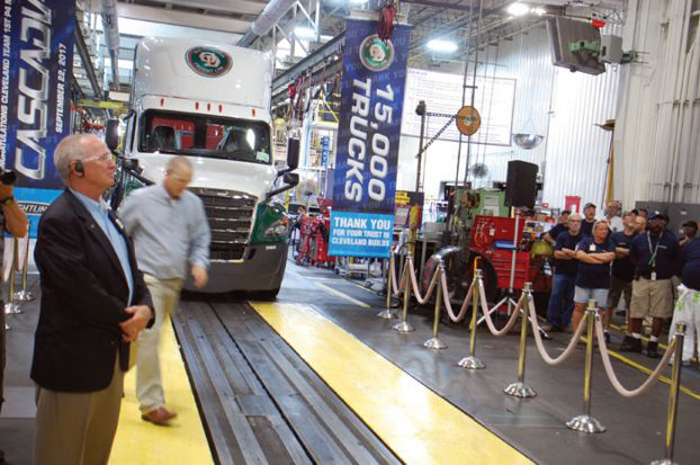 CLEVELAND — Freightliner’s Cleveland manufacturing plant is increasing its production capacity and adding a “significant” number of jobs, according to a Daimler Trucks North America spokesperson.

Two sources with knowledge of the hiring said the number of new jobs could be as high as 720, but the Daimler spokesperson said the company is not commenting on the exact number at this time.

The spokesperson said by email that the company anticipates a “significant increase” in overall truck sales in NAFTA Class 6-8 and that it is “increasing (its) production capacity” to meet the higher market demand.

The spokesperson said increases in production capacity will also happen at other Daimler Trucks facilities.

Freightliner Trucks is headquartered in Fort Mill, South Carolina, and has other locations in Mount Holly; Saltillo, Mexico; and Santiago, Mexico.

One of the two sources with knowledge of the hiring said it began in February.

In August, Freightliner’s Cleveland plant manager, Henning Bruns, said the plant was hiring back 50 laid-off workers. He also announced the construction of a logistics center at the Cleveland plant, which represents a $19 million investment by Daimler Trucks North America.