Letter: NRA and our senators 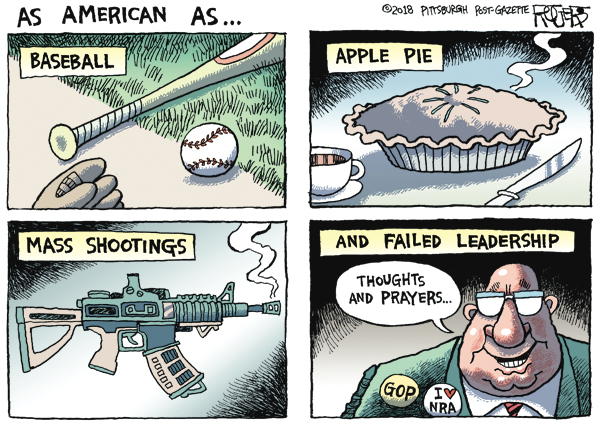 I believe in the Second Amendment of our Constitution. I also believe that no one needs AR-15s or AK-47s except for our military and police forces.

I ask anyone who disagrees with me to stop and think about all those Parkland High School teenagers who would still be alive if the shooter had not had an AK-15.

North Carolina’s Sens. Richard Burr and Thom Tillis are in the top four congressmen who have received the most money from the NRA. Why? Probably because we are a swing state, and the NRA wants to buy congressmen to assure they get what they want so they can continue to make lots of money.

What options do we have? We must vote Burr and Tillis out of office.

Letter: We must protect every school