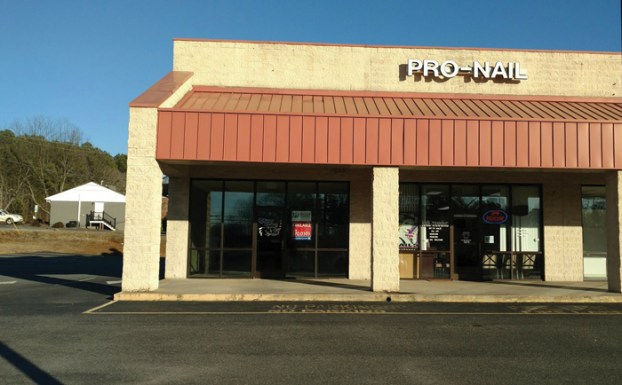 Knead Sweets? will be located at 918 North Salisbury Avenue in Granite Quarry. (Courtesy of Amber Fowler)

Downtown Doughnuts to reopen as Knead Sweets? in Granite Quarry

GRANITE QUARRY — After losing their lease and closing their downtown Salisbury doughnut shop in early January, Amber and Chris Fowler are moving on to Granite Quarry.

The Fowlers owned two downtown Salisbury businesses — Downtown Doughnuts and The Dilly Dally — until Jan. 7. They were forced to close the doughnut shop by Feb. 1 when their landlords, Piedmont Players Theatre, decided not to renew the lease.

At the time, Piedmont Players Director Reid Leonard said he could not comment on why the lease was terminated.

Amber Fowler said she has “no hard feelings.”

“It was honestly a blessing,” she said Thursday. “We’ll be busier at this new location.”

The Fowlers’ new doughnut shop will be at 918 N. Salisbury Ave. in Granite Quarry. Amber said she and Chris are particularly excited that the new location has a drive-through.

“I knew that building was vacant. … I was just praying about it and something told me to drive near there. That’s when we inquired and, when we found out there was a drive-through, we knew,” Amber said.

Amber said the new location will be called Knead Sweets?

“And the dot for the question mark will be a doughnut,” Amber said.

In addition to doughnuts, the shop will serve cakes, cupcakes, pastries and flavored coffee.

“We want it to be really warm and inviting,” Amber said. “We’re not doing booths again. We’re going to have nice love seats and accent chairs, and we’ll also have a kids’ area.”

Amber said she might also host painting and birthday parties at the new shop, similar to events she holds at The Dilly Dally.

She said The Dilly Dally will close in the next month and that they are looking to relocate it to the Mocksville area.

Amber said she and Chris are grateful to their customers, many of whom have stayed engaged with the Downtown Doughnuts Facebook page since the business closed.

“Thank you for your support,” Amber said. “We appreciate our customer base.”

Amber said they hope to have Knead Sweets? open in late March.

For more information — and for updates on when the shop will open — follow the business’s Facebook page. It will be called “Downtown Doughnuts of Salisbury” until Sunday and “Knead Sweets?” after that.