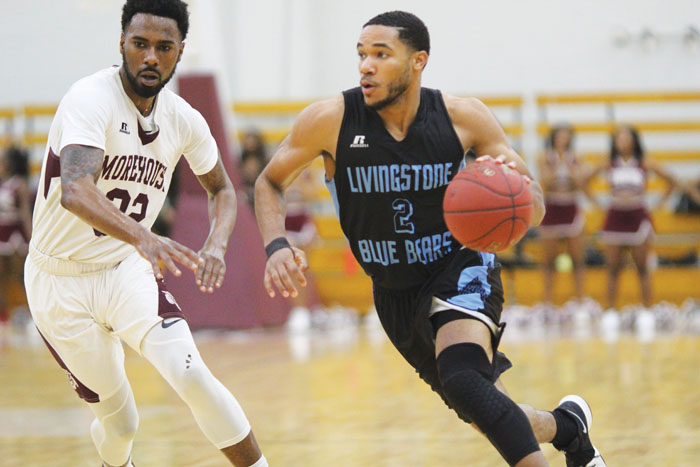 Morehouse, a member of the SIAC, improved to 21-1 on the season, winning its third straight game after its 18-game winning streak was snapped recently at Claflin. The Blue Bears fall to 8-12.

James Walker scored 11 of his game-high 17 points in the first half, as the Maroon Tigers led at the break, 30-20. Joining Walker in double figures for Morehouse were Tyrius Walker with 12 points and Michael Olmert with 11.

Livingstone trailed throughout, thanks to cold shooting. The Blue Bears shot just 23 percent (6-of-26) in the first half and 32 percent for the game (18-of-56). Livingstone also made just 56 percent of its free throws during the contest (15-of-27).

The Blue Bears’ last lead came at 8:35 left in the first half, when Rashard Todd buried a 3-pointer for a 15-13 advantage. Tony Evans put Morehouse up for good just 28 seconds later on a layup, 16-15.

Morehouse closed out the first half on a 17-5 run and then pulled away totally in the second half. The Tigers’ largest lead came with 7:40 left in the game, 65-39, on a jumper from Jordan Wallace.

The Blue Bears had just one player in double figures — guard Roger Ray leading the way with 11 points, five below his season average of 16.3. Three players had five rebounds each to pace the team — Samuel McClendon, Lydell Elmore and Deon Patterson.

Cameron Burhannon, second to Ray in scoring this season at 11.7 points per game, scored just eight points last night due to 2-for-9 shooting from the floor.