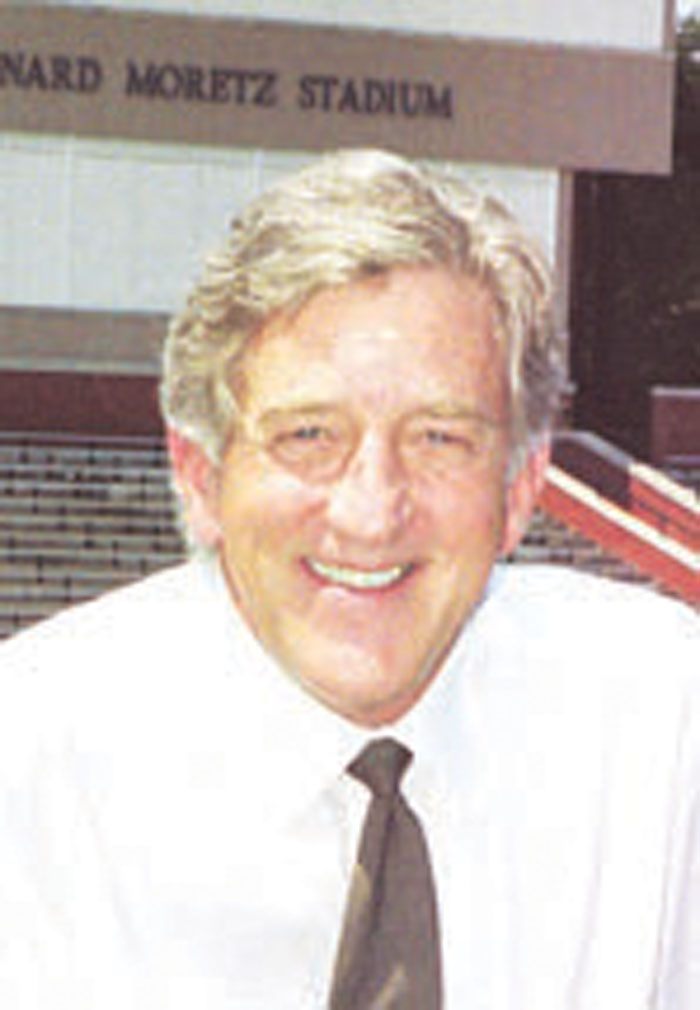 “The Lenoir-Rhyne community is deeply saddened to learn of the passing of Neill McGeachy, said Fred Whitt, president of the university. “Neill was a Lenoir-Rhyne icon and a beloved leader who was passionate about L-R and our student-athletes. He worked tirelessly to elevate the L-R athletic program to one of national prominence, and was instrumental in its growth. L-R is a better place because of Neill’s extraordinary contributions both as a student-athlete and as an administrator.”

McGeachy was a 1965 Lenoir-Rhyne graduate. While at L-R, McGeachy was a three-sport standout for the Bears in football, basketball, and track. In 1987, he was inducted into the L-R Sports Hall of Fame and the North Carolina Tennis Hall of Fame in 1999.

In 2002, he returned to his alma mater and led the athletics department. Under McGeachy’s leadership, the number of student-athletes grew significantly, and eight sports were added to the L-R athletics program. The Bears won numerous championships and other awards during McGeachy’s tenure.

Before joining the L-R staff, McGeachy served as director of marketing with the United States Tennis Association (USTA) Southern Section in Atlanta. Prior to the USTA, he served as founder and president of Sugar Creek Enterprises, Inc., a sports promotions company with offices in Winston-Salem and Charlotte, for 20 years.

With Sugar Creek, McGeachy produced the barn-storming “ACC All-Star games,” featuring some of the league best players — seniors, and others who had completed their collegiate eligibility.

Even earlier in his career, McGeachy coached basketball and was head coach at Duke during the 1973-74 season. Prior to that he served as an assistant coach at Davidson, Wake Forest and Duke (1971-73).

McGeachy retired from L-R prior to the close of the 2015-16 academic year, and was awarded an honorary degree at May commencement.

Born in Charlotte and raised in Statesville, McGeachy is survived by a son and a daughter, and several grandchildren.