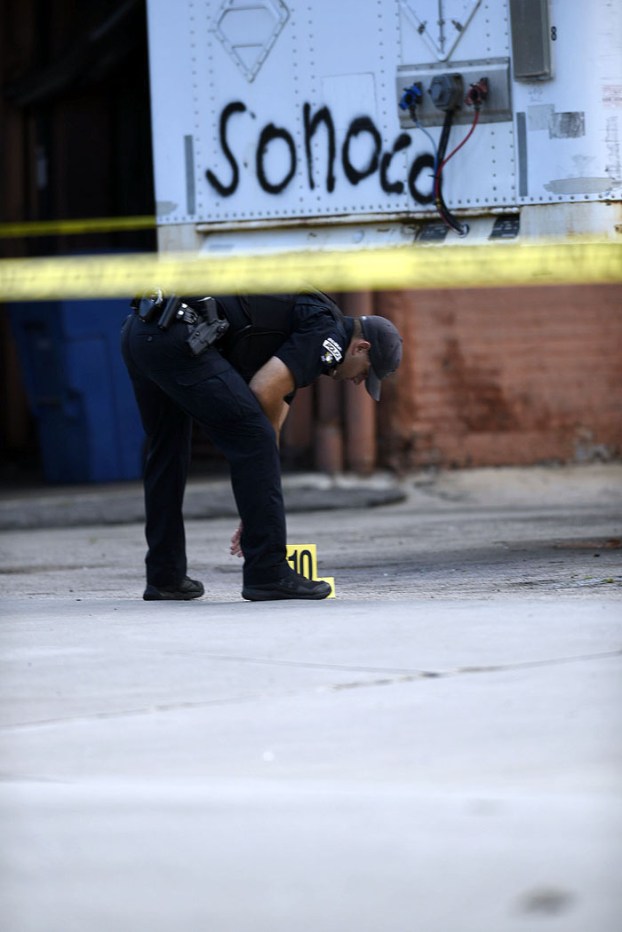 Police Crime scene tape cordons off an area with evidence markers scattered about on the ground. File photo

Darts and laurels: ‘The worst of the worst’

Laurel to the progress law enforcement agencies are making in cracking down on crime in Salisbury. Two men have been taken into custody this week on federal weapons charges, and there may be more to come. Going all-out on this push against gun violence are Salisbury Police, the Sheriff’s Office, ATF and Homeland Security. “We’re going after the worst of the worst,” Salisbury Police Lt. Greg Beam said. Keep up the good work.

Dart to whatever pressure or notion lead a Davidson County deputy, according to authorities, to hold up a Rockwell bank on Tuesday. Dart to anyone who thinks he or she can get away with armed robbery at one of the most security-conscious institutions in the community. Not many bank robberies go unsolved. Oddly, it’s not clear that the man charged in Tuesday’s robbery wanted to get away with the crime; he may have just wanted to commit it — perhaps a call for help. He asked for only $1,000. There obviously is more to this story — much more.

Dart to the continuing mystery behind last November’s robbery at a Salisbury Wells Fargo, which left two people shot and the perpetrator dead. A toxicology report reveals that the robber, Paul Jones III, had low levels of alcohol and marijuana in his system, but not enough to explain someone trying to rob a bank without a getaway vehicle, shooting someone to take his car and, after being chased by police, circling back to the scene of the crime. As police closed in on him, Jones fired his gun and they promptly shot back, killing him. In this instance and Tuesday’s bank robbery, there’s little sign of planning or ingenuity — just desperation.

Laurel to the news that Salisbury is working out a lease agreement with Hotwire to operate the city’s Fibrant system. The devil is in the details, of course, and it would be premature to give a thumb’s up to the agreement itself. But reaching the negotiation stage is progress. Fibrant’s projected profits have never materialized, leading to an ongoing drain on city coffers. Getting the municipal broadband system in the hands of someone who knows how to market and deliver such services could be a tremendous step forward — if Fibrant were able to maintain and improve its current level of service, and the finances work to Salisbury’s and Hotwire’s mutual benefit. Those are big ifs.

Dart to people who toss trash on roadsides or allow it to fall out of their vehicles, messing things up for the rest of us. Rowan County commissioners have rightly approved a stepped-up effort to fight litter by assigning a supervisor and a truck to the job. “Litter mitigation” surely is more than a full-time job; Rowan County is 524 square miles large and has miles and miles of roadsides. Educating the public and enforcing anti-litter laws should be part of this initiative, if they’re not already. Instead of just cleaning up after careless people, Rowan needs to find a way to stop their littering.

Other Voices: Legislators should respect the office of president

The office of president deserves honor, regardless of how one feels about the man who holds that office. A group... read more