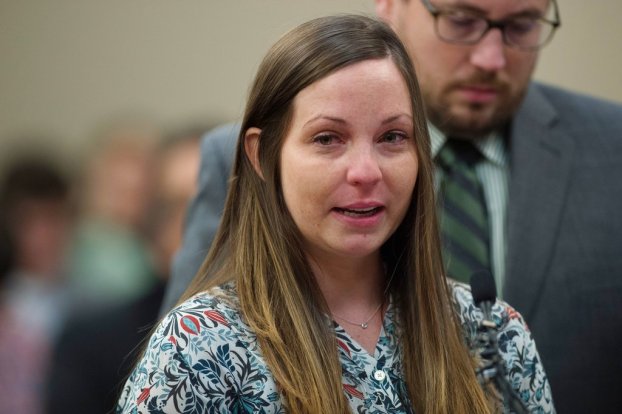 Brianne Randall-Gay gives her victim statement during Larry Nassar's sentencing in Lansing, Mich., Tuesday, Jan. 23, 2018. As a teenager Randall-Gay complained to the Meridian Township police department in 2004 that Nassar had molested her during treatment for an abnormal spine. (Neil Blake/The Grand Rapids Press via AP)

Editorial: The power of investigation

Deny, deny, deny. That was Dr. Larry Nassar’s strategy for decades when girls and young women complained that his “treatment” of their sports injuries included sexual abuse. Unfortunately, the officials who could have halted Nassar’s abuse put more faith in him than in the young women he hurt. Officials, too, took Nassar’s approach: deny, deny, deny.

A lot of horrific incidents have come to light during Nassar’s trial. One of the most disturbing is the fact that Nassar could have been stopped in 2004 if police had not taken the doctor’s word over that of a 17-year-old and her mother.

Brianne Randall-Gay told Meridian Township police that Nassar had molested her with ungloved hands when she sought help for her back. Instead of calling in a medical expert or an abuse counselor, the police settled for the aggressive denial of the expert abuser. Nassar insisted he was using a legitimate technique, and police decided not to charge him.

“I wish we had this one back,” the chief said last week. Township officials apologized to the young woman.

Neither apologies nor Nassar’s lifelong prison sentence can undo the damage the renowned sports doctor inflicted on more than 260 girls through the years — sometimes with their mothers present in the examining room, sometimes alone in motel rooms and other locations. The fact that he was able to continue his crimes even two decades after Michigan State University received its first complaint about him shows how willing officialdom was to believe a powerful man over even a parade of women with complaints.

Is it coincidence or karma that brings Nassar to justice at the same time the #MeToo movement has shed light on sexual abuse in the entertainment industry and other realms?

Whatever the case, Brianne Randall-Gay’s experience stands out as an especially sensitive and critical lesson for law enforcement. The more powerful the accused, the more dogged police investigations must be. Charm and influence don’t change the facts, but they can mask wrongdoing. Too many institutions stood behind Nassar despite young women’s complaints.

In the end, it was relentless investigative reporting by local newspapers that opened the public’s eyes to Nassar’s deceit. His abuse ended much later than it could have — if only people had put more faith in his accusers and truly investigated Dr. Larry Nassar.

Editorial: Spec building is another piece of the puzzle

“Not enough inventory” has long been one of the answers to the nagging question, “Why doesn’t Rowan County attract more... read more