Yesterday: During World War II, she was a ‘WASP’ 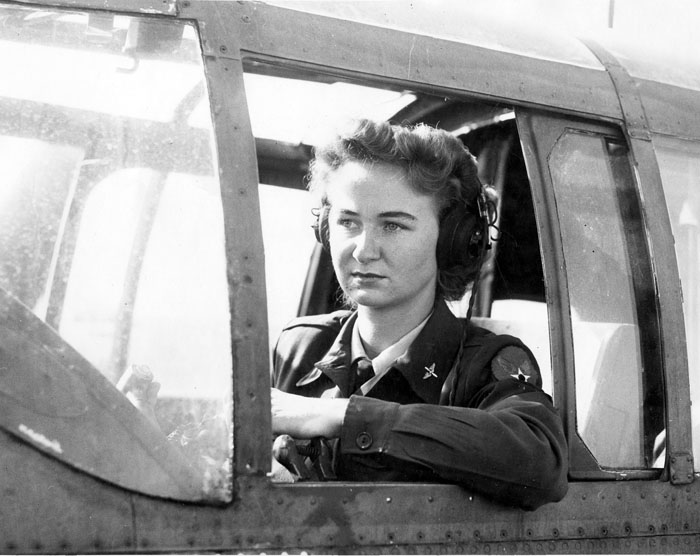 A little-known group of about 1,000 women served as pilots during World War II. Eleanor Thompson Wortz, pictured above in a B-25 at the Victorville, California, Army Air Field in 1944, was one of those pilots. She was a native of Spencer and graduate of Catawba College who had learned to fly at the Salisbury airport and was part of the Civil Air Patrol in college. In 1942, while working as a secretary for the Civil Aeronautics Board in Washington, D.C., Eleanor was recruited for a civilian program called the Women’s Army Service Pilots (WASP), an experiment to see if women could serve as pilots in wartime. The then Miss Thompson served for about two-and-a-half years until the WASPs were deactivated Dec. 20, 1944. Eleanor had been trained at Sweetwater, Texas. After the training, she was assigned as an engineering test pilot, essentially someone to fly planes after they had been repaired or modified — essentially, to see if they worked. Other women became tow-target pilots for gunnery practice, weather mission pilots and personal pilots for generals. The work was dangerous, and about 30 women pilots were killed in their service, Wortz told the Post in a 1979 interview. Because of opposition from Congress for decades after the war, the pilots such as Thompson were not allowed to receive veterans’ benefits from the government until 1979. Eleanor went on to marry James Wortz and live in Los Altos, California. The couple had two children.