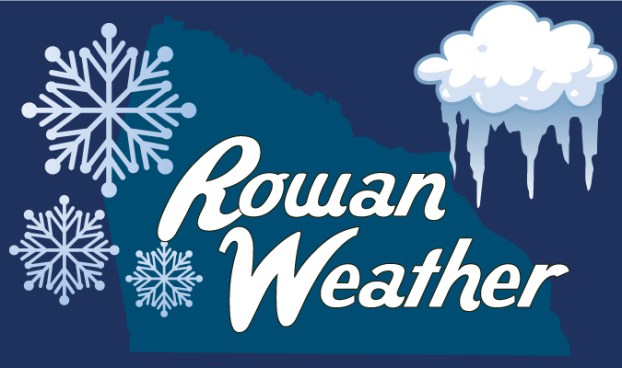 To alert us about closings and delays, please click here: http://www.salisburypost.com/services/submit-delays-or-closings/

The snow was a little late getting here, but now, it could stick around until 6 tonight, with estimates of as much as 8 inches of snow.

We are under a Winter Storm Warning through 6 p.m.

The National Weather Service says a band of snow will accompany a strong cold front as it passes through the state. Snow will accumulate and temperatures will drop through the day, allowing the snow to stick and water on untreated roads to freeze.

There is very little traffic in Salisbury at 6:39 a.m., since schools are closed, so even the treated streets are now snow-covered.

With a low tonight in the teens, the snow and ice will not melt until Thursday, when temperatures are expected to moderate.

Estimated snowfall is between 4-8 inches.

It is 32 degrees now, but we’ll be around 30 for a while, then the low tonight will be 15. North wind will be at 8-10 mph. It will clear gradually tonight, but north northwest wind at 5-11 mph will make it feel even colder.

Thursday should be sunny and 40, melting much of the snow. Winds will be from the west at 5-8 mph. Thursday night will be clear, with a low of 21 and southwest wind around 5 mph.

Friday will be sunny and 51, with mostly calm winds. The low will be 23 under clear skies.

Saturday will be warmer still, with a high of 56 and plenty of sunshine. The low will be 32.

The chance of rain Monday is 50 percent, and it will be mostly cloudy and 59. Rain chances drop to 40 percent Monday night, with a low of 35.

Tuesday will be mostly sunny and 56.

Tweet from Dr. Lynn Moody: Schools are closed for students and staff on Thursday. Monday is a make-up day. High school exams on Monday and... read more