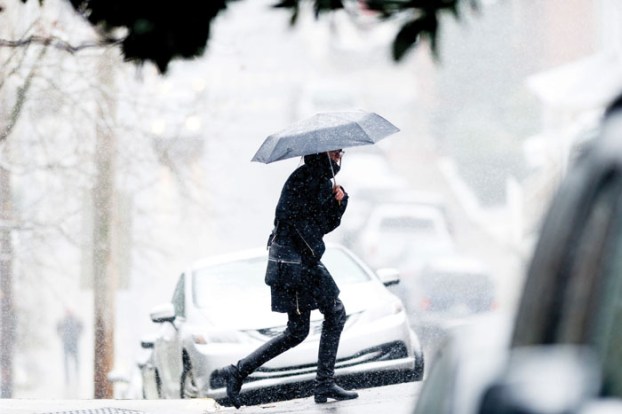 SALISBURY — Salisbury is expected to receive between 1 and 2 inches of snow between 11 tonight and 9 a.m. Wednesday. The N.C. Department of Transportation and the Salisbury Department of Streets were preparing for the predicted snowfall Tuesday.

Rowan-Salisbury Schools are closed after an initial plan for a two-hour delay.

According to Mike Hedrick of the Department of Transportation, all primary roads, Interstate 85, and major secondary roads were pretreated with brine in anticipation of the snow.

In addition, DOT was scheduled to send a crew out at midnight to brine the roads once again. Because of the cold ground, Hedrick warned that all the snow will stick, so he recommends staying inside until the sun comes out to begin melting the ice.

To further prepare for the snowy weather, Salisbury’s Department of Streets will send out crews as well. According to Public Services Assistant Manager Craig Powers, city crews were preparing bridges and emergency routes with brine.

Bus stops and transit points will be examined and treated in Wednesday morning.

Even though the city is preparing for the snow, residents did not appear overly concerned on Tuesday.

“We aren’t experiencing the usual snow panic,” said Bob Snook of Tractor Supply Co. “Not many people have been coming in, and I haven’t seen a single bag of ice melt sold today.”

A customer service representative at Lowe’s Home Improvement echoed that observation. Only 120 bags of ice melt had been sold, which is “nothing crazy,” the representative said.

“Usually people come in for shovels, ice melt and other items, but we haven’t seen nearly the amount we normally do,” the representative said.

The light amount of snow predicted may contribute to the lack of concern, but the city will not take any chances.

“We are here and ready,” said Powers.

To report a closing or delay, click go to http://www.salisburypost.com/services/submit-delays-or-closings/

Veterans Coffee to close after fewer than three months open

SALISBURY — For what he said is a “host” of reasons, Veterans Coffee owner Albert Shinn has decided to close his... read more