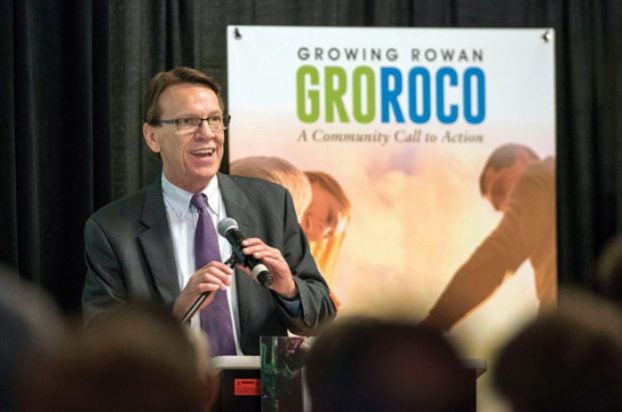 10 to Watch: Rod Crider of the Rowan EDC

SALISBURY — Rod Crider says his biggest professional challenge in 2018 will be to “secure some economic development wins” for Rowan County.

Originally from Trenton, Michigan, a suburb of Detroit, Crider said he sees big opportunities in the future for North Carolina and Rowan County.

“We are standing at the threshold of some very exciting times for Rowan County,” Crider said. “Much work has been done by others to get us to this point. We must capitalize on this work by securing some major new job announcements while working toward continuous improvement of our efforts.”

In his previous position in Ohio, Crider helped recruit 259 companies that created 8,727 jobs and invested more than $1.7 billion in capital expenditures, according to a news release.

Crider said his biggest professional hope for the future is that the community begins to share the “bright vision” that the EDC has for Rowan County.

“We are driven to succeed by our passion for the county, and we strive to instill that enthusiasm in others,” Crider said.

Crider said being named to the Post’s “10 to Watch” list for 2018 will motivate us to work harder to bring economic growth to Rowan County.”

• Favorite book: “The Hobbit” by J.R.R. Tolkein or anything by C.S. Lewis, Tom Clancy or John Grisham.

• Who would he want to play him in a movie? Tom Hanks.

• What would he want for his last meal? An Italian meal built around his wife’s marinara sauce. Minestrone soup, fried calamari and pasta with his wife’s sauce and sweet Italian sausage.

• Biggest personal challenge for 2018: Finding balance between his work and his personal life.

• Biggest personal hope for 2018: That the country can overcome the divisiveness that he saw in 2017.

SALISBURY — Salisbury Police report that a home on Cherry Street was shot into just minutes after midnight on New... read more