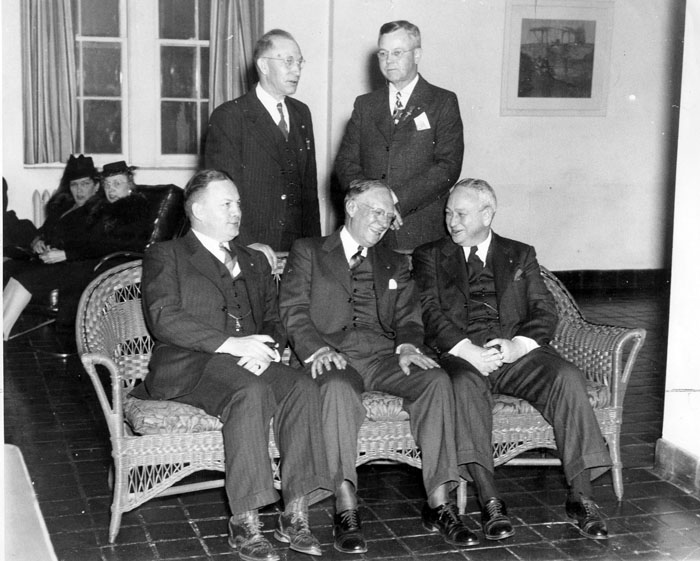 In this Salisbury Evening Post photo, taken Jan. 31, 1945, five leading Kiwanians were among those attending a rally at Catawba College that attracted more than 400 people, including Kiwanis Club members from 17 other towns. Seated left to right are Carolinas District Governor Sam Bundy of Tarboro; Kiwanis International President Ben Dean of Grand Rapids, Mich.;  and District Secretary Herbert Henning. Standing are Dr. C.W. Armstrong of Salisbury, left, who was an international trustee, and Salisbury Kiwanis Club President Harry Lowrance. During his talk to the assembled Kiwanians and guests, Dean said ‘there never has been a time in history when so many people wanted one single thing so passionately as they want a just and lasting peace.’ In 1945, Kiwanis had 130,000 members in the United States and Canada.