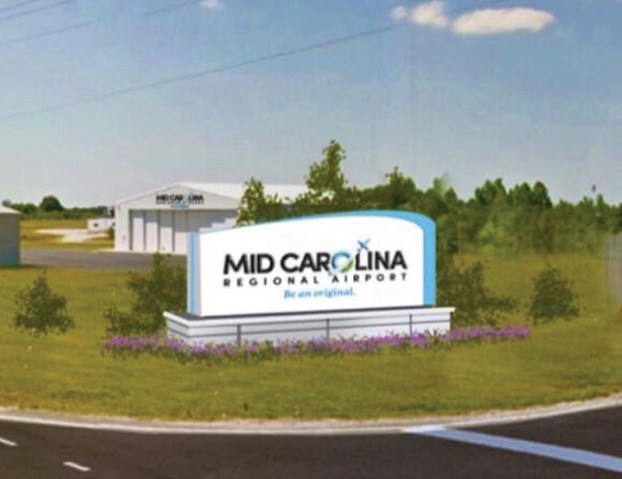 Prepare to be confused.

The Greensboro airport is changing its name just months after the Rowan County Airport made a similar switch. In neither case does the new name clearly identify the airport’s location. In fact, the names could easily be confused.

The Piedmont Triad International Airport — an admittedly vague name already — will henceforth be known as the Central North Carolina International Airport. The new name at least identifies the state, but “central North Carolina” is a broad swath. Putting “Greensboro” in the name would have helped travelers get a clearer idea of the airport’s location. It would also help them understand why the tag on their luggage says GSO.

Which brings up the former Rowan County Airport or KRUQ. Located three miles from downtown Salisbury — and once included in the city limits — it is now known as Mid-Carolina Regional Airport. “Mid-Carolina” is a lot like Greensboro’s “Central North Carolina” — neither east nor west, but somewhere in that great in-between. The giveaway about which is which comes in the words “international” and “regional.” Though county leaders put a lot of energy into raising awareness of the Rowan name and brand, they went for a broader approach in renaming the airport — some might say too broad.

Note, please, that the Rowan airport adopted its new name first. In the “Be an original” spirit, Rowan would hardly copy someone else. Whether the Piedmont Triad board was even aware of the Mid-Carolina Regional Airport name is unknown.

In the grand scheme of things, these names might not matter much; travelers care about flights, fares and location. Still, more and more people will encounter these airports as the highly mobile millennial generation takes flight. Eschewing materialism, the millennials are said to be more interested in culturally rich experiences and exploration, and that means travel. Meanwhile, business travelers will continue to focus on speed and convenience.

The International Air Transport Association has estimated that air travel volume would double in 20 years. Airports are positioning themselves to make the most of that growth. Here’s hoping Mid-Carolina Regional Airport can distinguish itself from the rest and thrive.

Darts & Laurels: A Christmas to remember

Laurels to the generosity of Salisbury Post readers. For more than 50 years, readers have contributed to the Post’s Christmas... read more