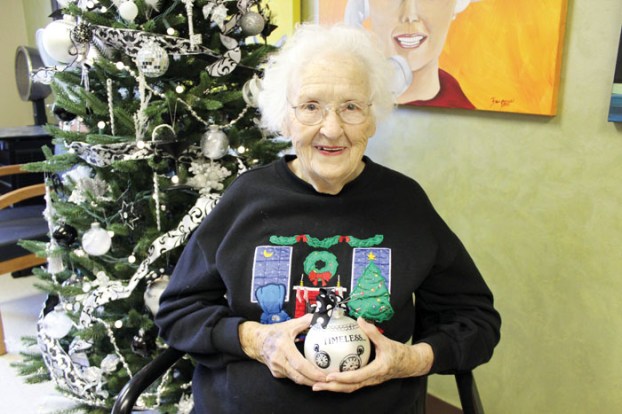 Annie Cooke is all smiles as her 100th birthday approaches. The centenarian says the only thing she has yet to do in life is ride a helicopter. Andie Foley

One day at a time: Annie Cooke turns 100

SALISBURY — Annie Laurie Cooke has been there, done that and seen it all.

In 18 years of travels, she visited all the states except Alaska and Hawaii. She visited every president’s home and every deceased president’s grave.

Her travel companions were seniors from Shiloh United Church of Christ, now known as Shiloh Reformed Church, in Faith. She was 65 when she began her nationwide trek.

Cooke has also completed five genealogies, tracing her family tree to individuals like Jesse James and John Woodson, the first doctor of the New World.

Cooke is a lifelong resident of Salisbury. In her youth, she went to Frank B. John’s School before graduating from Boyden High School in 1936.

She said in her younger years, she wanted to be a missionary, but she eventually decided that she didn’t want to leave her family. She was one of nine children, and everyone had to contribute.

“We didn’t have nothing back in those days, … but everybody was in the same boat,” said Cooke, who turned 12 at the start of the Great Depression. “We didn’t have vacations. … We had to help.”

Cooke spoke at length of the simpler times of her youth, of times when everyone came together as a community. Her father would trade his fresh produce for haircuts for his children. Her mother would recycle cardboard and use flowers from the garden to craft funeral wreaths for the community.

“We were neighbors,” she said. “Everybody looked after each other.”

Cooke said she credits the Lord for her long life and for giving her “a good head.” She still reads as many as three novels a month, and she paints and colors.

“I just take it one day at a time,” she said. “If you read the Bible, it’s full of love: to love others, to do for others. We don’t know what tomorrow might bring, but I know I’m going to a better home. God will call me one of these days.”