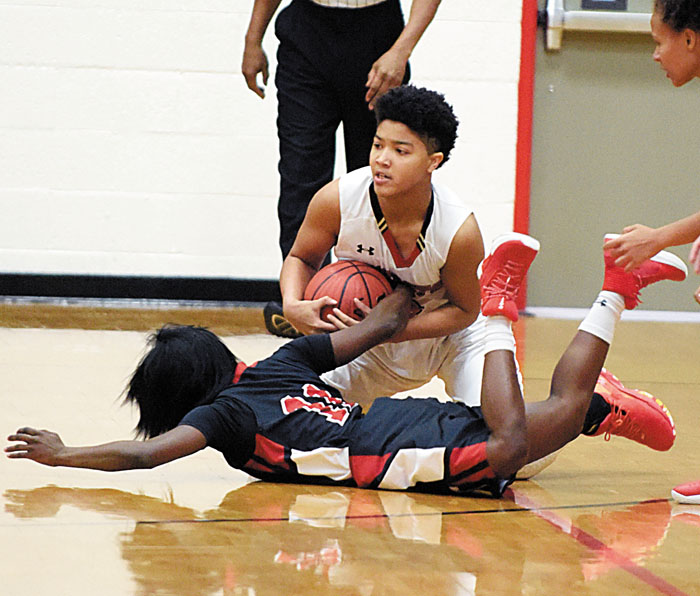 SALISBURY — Salisbury’s girls basketball team missed 25 free throws (18-for-43) and played half of Monday’s  game without their most talented player.

Bryanna Troutman, first team all-county last season, fouled out with 2:29 left in the third quarter, but the Hornets still managed to prevail on Tuesday in their 2A Central Carolina Conference opener. They beat quick, aggressive Thomasville, 64-57.

Senior Maria Capito scored 21 for the Hornets. Troutman had 19 points and 15 rebounds. Anayia Fulson did a good job of controlling the ball, especially when Troutman had to sit, and she added 15 points despite some free-throw struggles.

“We don’t want to ever have to play that long without Bryanna again, but maybe it was a good thing tonight,” Salisbury coach Lakai Brice said. “Other girls had to step up and they did step up. We overcame a lot of adversity.”

Troutman headed to the bench with foul woes in the first half, but Fulson led a 7-0 Salisbury run to close the half for a 30-25 edge at the break.

Then Troutman had a dynamite stretch in the third quarter, setting the pick that freed Capito for a 3-pointer, dishing to Tacorra Robinson for a bucket, scoring off an inbounds play, and the making a steal for a coast-to-coast driving and-one. Troutman put the Hornets in control, 42-29, but she picked up her fifth foul, an offensive foul on a smart flop by a Bulldog, as she headed up the floor to start a break. She was banished with 2:29 still to play in the third quarter.

After that, it was a question of the Hornet hanging on, and it got tight. Troutman had been supplying most of the defense on Thomasville star Dee Long, and when Troutman exited, Long got hot and made back-to-back 3-pointers.

Thomasville cut Salisbury’s lead to 50-48 with 6:39 remaining. Capito’s inside bucket stopped that run by the Bulldogs and probably was the biggest of the night for Salisbury.

Fulson made six free throws in the fourth quarter, as the Hornets pulled away to a safe distance.

“The way we shot free throws tonight, we can’t have that again,” Brice said. “But we still found a way to pull out the win against a team that played very hard. Thomasville never stopped.”