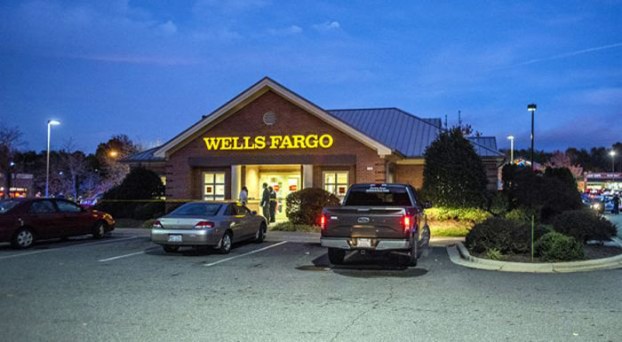 People are praising Salisbury Police for their quick and effective response to the robbery of a Wells Fargo bank on Jake Alexander Boulevard last week. The crime had at least three flashpoints — in the bank, at the nearby carjacking and where the suspect finally crashed and was killed. It was a complex and tragic situation, and police responded professionally.

As Chief Jeff Stokes said, the officers acted with valor — great courage in the face of danger.

That’s one of the few certainties coming out of the Thursday incident. Questions linger about the crime, the culprit and the system that family members say failed him.

As bank robberies go, this one went haywire. Though people who hold up banks nearly always show a gun or claim to have one, they rarely shoot, according to FBI statistics. Some 4,251 U.S. banks, credit unions and armored cars where robbed in 2016. Only 146 of those incidents involved violence. Forty-three involved the discharge of a gun; eight led to deaths.

People rob banks, as one criminal famously said, “because that’s where the money is,” but it’s also where security and arrest rates are high. What kind of desperation or need triggered 25-year-old Paul Jones III to hold up a bank, of all things, and one situated at a busy city intersection during the evening rush?  And evidently without a car?

Police have been mum about what transpired inside the bank, but at least one customer has talked. After Jones got a bag of money, he asked customers for their car keys, customer Ramona Little told WSOC-TV, and then fired when they backed away from him. Is that all it took to prompt Jones to shoot customer José Santiago, 61, in the face, leaving the man critically injured? What kind of planning on Jones’ part went into stopping a car on Brenner Avenue, shooting driver Larry Darnell Dalton, 45, and stealing the car? Then there’s the chase Jones led police on, speeding along city streets only to circle back as though returning to the scene of the crime. According to police, Jones crashed into another car and, as police approached, shot at officers. They fired back, and Jones is dead.

Perhaps Jones’ panicked, illogical actions are signs of the mental illness that relatives say plagued him. A family friend says they had tried unsuccessfully to have him involuntarily committed. The family deserves sympathy and support. Sadly, though, even if Jones was not responsible for what he did, his actions seriously injured two people, ended his own life and could have snuffed out many others — bank customers, drivers, police and who knows who else. He has left a tragic mark on this world.

Let this shocking case remind people who suspect mental illness — and anyone who screens the mentally ill — how unpredictable and disastrous their actions can be. There is indeed heartbreak all around, and gratitude toward police, who tried to bring this crime to a peaceful end and ultimately responded the only way they could.

… Editorial: Salisbury gets a new start My belief is that, for the most part, the diverse group that won... read more