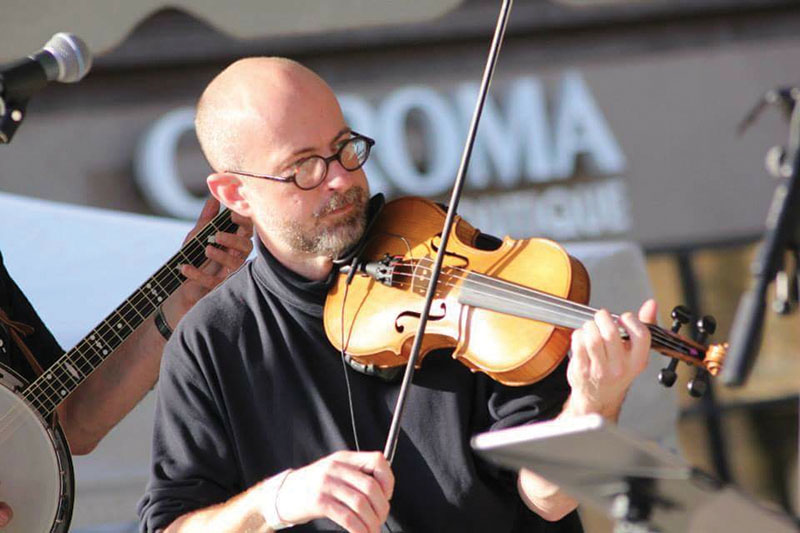 GRANITE QUARRY — Bluegrass musicians from near and far will crowd into the East Rowan High School auditorium this coming Saturday for the 51st Annual Granite Quarry Civitan Fiddlers Convention.

Meanwhile, Granite Quarry Civitans will be selling barbecue plates, hot dogs, hamburgers and desserts at the school starting at 11 a.m. Saturday. The Hot Dog Shack of Granite Quarry will be providing the hot dogs and hamburgers.

The price for attending the Fiddlers Convention is $8. Children under 12 with a paying adult are free.

The Fiddlers Convention is held on the second Saturday in October every year.

Vivian Hopkins, a musician, promoter and one of the hosts for Friday night bluegrass at Montgomery Store in Gold Hill, provided some of the following background on Alexander, who will be recognized Saturday night.

Alexander’s name appears on more than 300 CDs for his fiddle contributions, “and he has shared the stage with many of today’s top bluegrass artists,” Hopkins said.

Alexander, who grew up in Pfafftown, started playing the violin or fiddle when he was 11 and part of a school orchestra. Hopkins said many different musicians inspired him, and he also taught himself to improvise by sitting in with his father’s band, Muddy Creek.

Alexander sneaked away from home one day when he was 14 to play in his first competition in Yadkinville, where he also won his first ribbon, coming in second.

He captured his first blue ribbon a year later in Mount Airy, starting a long run of success.

“In 1998, he won Galax, the most coveted prized for a fiddler on the East Coast,” Hopkins said. “Now he has four Galax blue ribbons.”

Hopkins said Alexander has made significant contributions to the preservation of bluegrass in the state by teaching his fiddle techniques for over 20 years.

“Research any one of these names, and you can see that the future of bluegrass in North Carolina is in good hands,” Hopkins said. “All of the students have become head turners on the music scene today, winning ribbons, making their own albums and even being teachers themselves.”

People wanting to hear Alexander can “catch him with The Little String Band or with the Fiddler and The Flutist with Sharon Fogarty, or look at the videos from theviolinshoppe.net,” Hopkins said.

Alexander gives lessons in Charlotte at The Violin Shoppe.