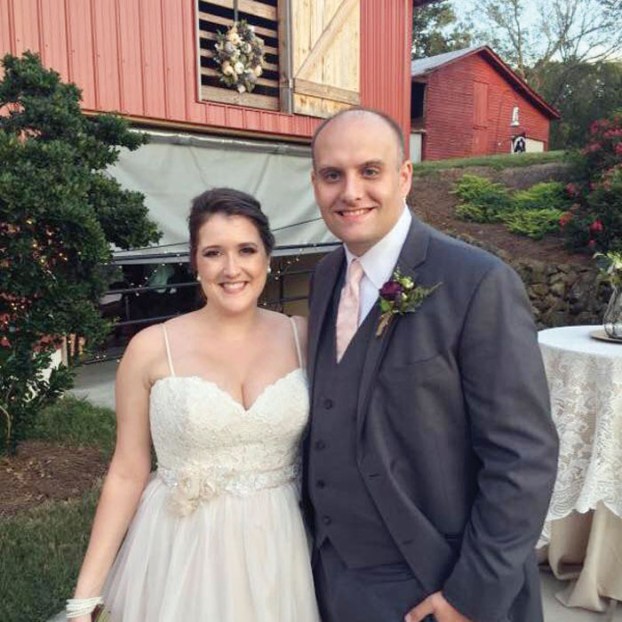 Honeymoon couple in Vegas deal with aftermath of mass shooting

LAS VEGAS, Nev. — Christie and Tyler Hilton had been married a little more than 24 hours when they found themselves a few blocks from the site of Sunday’s deadly Las Vegas shooting.

But the lights in Las Vegas are bright, and music spills onto the strip from every doorway. The couple didn’t hear the shots or the panic when 64-year-old Stephen Craig Paddock opened fire from his hotel room into a crowd of 22,000 concertgoers, killing 59 and wounding 527.

“We didn’t know what had happened until we got back to our room,” Christie said.

The couple had just returned to their hotel and were settling in for the night when notifications on Tyler’s phone “blew up.”

“But we had no idea what was going on,” she said.

The two, who both work in law enforcement in High Point, were married Saturday in Rowan County, where Christie grew up. Originally, they’d planned their honeymoon in the Florida Keys, but after Hurricane Irma struck they decided to go to Las Vegas.

“Our backup plan was to come here, and now this happened,” Christie said.

It’s one of those moments, Christie said, when the “what if” looms large and dark. Both Christie and Tyler are avid country music fans, and if they had known about the Sunday concert or heard the music drifting down the strip, they would have been there when the first shots rained down.

But through the tragedy, the couple say they’ve witnessed the city come together. Within a day, billboards and signs went up across the city proclaiming “Vegas strong” and “Support Vegas.”

“There’s a lot of support,” Christie said. “Everyone’s just kind of coming together.”

And both were impressed with the work of police and EMS crews. Tyler, who works with High Point 911 and is a reserve officer for the High Point Police Department, said a rapid response is the most important thing in a time of tragedy.

The Las Vegas Police Department, he said, acted lightning fast — gathering information, narrowing down the shooter’s location and neutralizing a threat to the city.

“That was very well done. It could have been a lot worse,” he said.

“We’re just in awe at the response of the first responders,” said Christie, a probation and parole officer in High Point.

But it will take a long time for the wounds of Las Vegas to heal. The area near the shooting is still closed off, and the city is on high alert.

The couple will be in Las Vegas through Saturday, and they’re spending the week counting their blessings. When the scene is reopened, they hope to visit and pay their respects to those who died there.