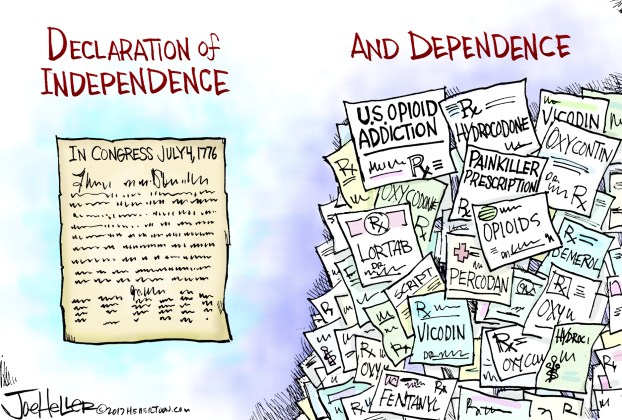 Editorial: The curse of a generation

Headlines hint at the lasting effects of today’s opioid crisis. “Man overdoses with children in his custody.” Addicts put not only their own lives at risk; they also endanger their children. The trauma and upheaval this brings into young lives can derail their development and set them on the wrong path.

A household in the grip of addiction is a household where children are being neglected at best, and abused at worst. Addicts are so focused on getting and taking drugs that responsibilities fall by the wayside, and that often includes taking care of children.

The number of children in North Carolina’s foster care system has risen 28 percent in the past five years and is now at a 10-year high. The same thing is happening across the nation.

The crisis has led to more babies born addicted and more teen suicides. We also have a new, growing generation of foster youth. This is an ominous trend, according to Chris Chmielewski, editor of Foster Focus magazine. “If past numbers are any indicator, those children are at a greater risk of becoming the next generation of opiate abusers,” he told Huffington Post. “A vicious cycle.”

Foster care could be welcome relief for children in some of these households. The Wall Street Journal summed up living conditions in an article, “The Children of the Opioid Crisis”:

“And many of the children who remain in the care of addicted parents are growing up in mayhem. They watch their mothers and fathers overdose and die on the bathroom floor. They live without electricity, food or heat when their parents can’t pay the bills. They stop going to school, and learn to steal and forage to meet their basic needs.”

The crisis has sparked the growth of “grandfamilies” — households where grandparents are filling the gaps in drug-ravaged families. Those children could be the lucky ones.

A report issued in the summer by Castlight Health identified the worst cities in the U.S. for opioid abuse. Four cities in North Carolina were in Castlight’s top 20 — including the No. 1 spot, Wilmington. Other North Carolina cities on the list include Hickory, 5th; Jacksonville, 12th; and Fayetteville, 18th.

Rowan County has more than its share of opioid addiction. In a 10-day period in September, city and county authorities investigated 18 overdose calls, including three overdose deaths.

The opioid crisis continues to snowball, and it threatens to snowball right into another generation. We can’t let that happen.

Join us as we pray for Rowan

By Tonya Skelly Special to the Salisbury Post Rowan County has many needs, but what we need most is love... read more