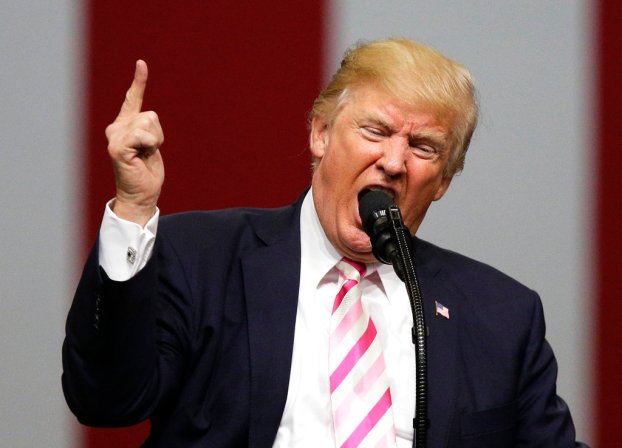 Gary Pearce: As divided as the Vietnam era Last night’s installment of Ken Burns’s “The Vietnam War” recalled how divided our country was 50 years ago.

Today we’re just as divided. Thanks to Trump.

Apparently, the Divider-in-Chief doesn’t have enough on his plate with North Korea, Russia, Obamacare and hurricane relief. So he goes to Alabama and (surprise!) attacks athletes who happen to be black and who take a knee during the national anthem to protest racism and police shootings.

Hand it to Colin Kaepernick. However good he is at quarterback, he’s a master at starting a national conversation.

Except we can’t have a conversation. We have to attack, demonize and destroy each other if we disagree.

This is the worst thing about him. It’s not just that he pits black against white, Democrat against Republican, Trump voter against Clinton voter, Tea Party Republican against Establishment Republican, NFL and NBA against NASCAR.

You see this in how some CEOs, politicians and maybe your family members seem emboldened by Trump to derogate and denigrate anybody they disagree with or don’t like. It’s open season. Be like Trump!

When Carter Wrenn and I spoke at Quail Ridge Books a few weeks back, the question came up repeatedly: What happened to civility?

Well, the man with the biggest microphone in America and 38.8 million Twitter followers has declared war on civility.

The Vietnam series reminds us that it’s happened before. In 1968, Nixon got elected by setting black against white (the Southern Strategy), hard-hats against long-hairs, and his so-called Silent Majority against his Enemies List.

How did that work out? You could look it up.

RALEIGH — When North Carolina is competing with other states and nations for investment, business startups and expansions and high-value... read more