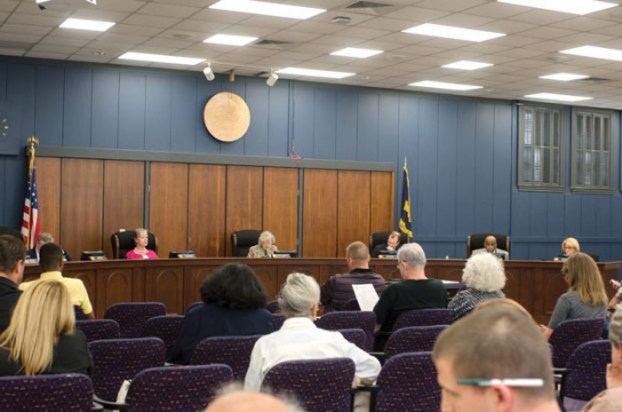 SALISBURY — Before the public-comment periods at many City Council meetings, Mayor Karen Alexander has read guidelines that list their purposes and limitations.

But at Tuesday’s council meeting, Alexander began instead with a prepared statement.

“We have come to the part of the agenda that we all know and love. The public-comment period,” Alexander said. “I’d just like to start by saying it’s no secret that this has become a very contentious part of our City Council meetings over the past several weeks and months. And it shouldn’t and it needn’t be that way.”

At the council’s Aug. 15 meeting, Alexander shushed and argued with East Spencer resident Carolyn Logan, who Alexander said was out of order.

Logan was about 45 seconds into her three-minute public-comment allotment when she said the mayor had violated her constitutional rights at a previous meeting. In response, Alexander told Logan that she was out of order and, after an escalated argument, asked Logan to leave the meeting.

In an interview after the Aug. 15 meeting, city attorney and council parliamentarian Rivers Lawther said Logan verbally attacked the mayor and was therefore out of order because she was violating the council’s rules of conduct for public-comment periods.

The mayor’s reaction to Logan during the Aug. 15 meeting caused an uproar on social media. Some residents called Alexander’s behavior a violation of Logan’s First Amendment rights.

At Tuesday’s meeting, Alexander apologized and explained what she thinks led to the outburst.

“From the public’s standpoint, we believe that you show up to make comments and suggestions to likewise make a difference. … But I think things have also gotten out of hand, and I take responsibility for that, because I have been more lenient than I should,” Alexander said. “Because our community has gone through a lot of challenges and a lot of very difficult issues, I was lenient and I allowed people to behave in ways that were not with decorum. And I accept that full responsibility as your mayor.”

“The atmosphere of those meetings deteriorated to the point that anger flared, feelings were hurt and misunderstandings emerged. And, in the end, practically all productivity was lost. I mean, what’s the point of that for any of us?” Alexander asked.

After Alexander finished reading her statement, she read the public-comment procedure ordinance in its entirety.

“I appreciate you taking the time to share that … but what I found absent and needing clarity on is what are the expectations and behaviors of the council toward the citizens?” Hardin said.

Hardin said council members should remember to be “culturally competent.”

“Passionate speech and intensity and voice intonation levels being increased does not equate to disrespect, so I think we need to give individual consideration to the differences that people opt to communicate and not just lump everybody into one category because of passion and intensity and the way that they speak,” Hardin said.

Seven of the eight people who spoke during Tuesday’s public-comment period talked about being disappointed by the council members’ behavior at the Aug. 15 meeting.

Other items on the council’s agenda included:

• Former City Clerk Myra Heard was given a key to the city and a plaque with a resolution that the mayor read in Heard’s honor.

“I’m shaken — I did not expect all of this. … I can’t tell you how much it means to me,” Heard said. “I’ve always said, in local government there’s never a dull moment. And I will say that I had the time of my life serving in that role as city clerk.”

Heard has worked for the city since 1999. Her retirement became effective Friday.

Heard has been replaced by Diane Gilmore, who Heard said is one of her closest friends.

“You could not have made a better choice,” Heard said.

He said the program attracted more than 200 youths and had five age divisions.

Thanks to financial support from the Robertson Foundation, the cost of the camp was $15 per child for the two-month-long program.

“We will definitely do it again next year,” Clark said.

Clark also said that he hopes this would be the beginning of future collaborations with JLT Fieldhouse and the Hurley YMCA.