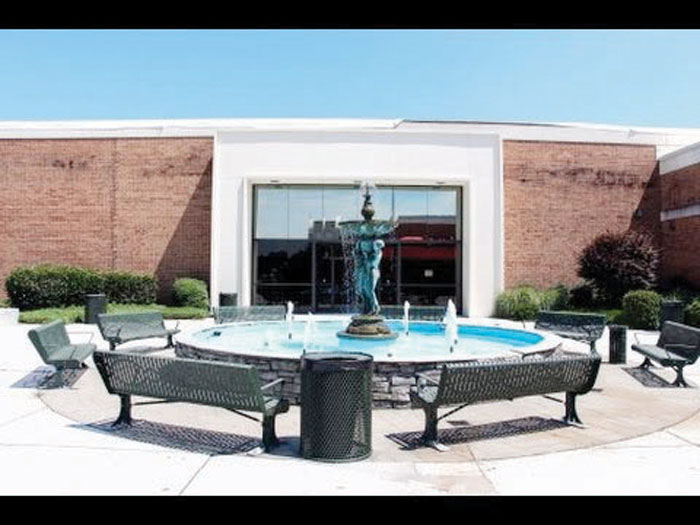 SALISBURY — Events at West End Plaza will have to continue without taking advantage of planned renovations to the facility.

The Rowan County commissioners on Tuesday abandoned a potentially expensive renovation to the former mall because costs for the project could have reached $1.6 million.

Initially, the commissioners hoped to spend a few hundred thousand dollars to renovate the former J.C. Penney building — which is now used for community events — but cost estimates came in higher than expected.

The renovations would have included flooring, new restrooms, electrical upgrades, painting and a portable audio/visual system.

The renovations are not related to a proposed Rowan County Idea Center at West End Plaza.

The commissioners first talked about renovation costs during an August meeting and delayed further discussion after hearing about the $1.6 million projection. On Tuesday, commissioners Vice Chairman Jim Greene made a short statement and proposed that the county abandon the proposed renovation.

“I think I’m the culprit that started this whole problem when I went out there and found out there was a shortage of bathrooms, but this has just gotten out of hand,” Greene said. “I thought that this was a project that we could put a couple hundred thousand dollars in and solve some issues out there.”

Greene said the proposed costs didn’t fit with the county’s plan for the building.

“I would move we just dismiss this whole thing,” he said.

After Tuesday’s meeting, Greene said the county no longer plans to make changes to the former J.C. Penney building.

Commissioners Chairman Greg Edds said Tuesday’s vote concerned “a matter of where we decide to spend our dollars.”

Rowan County’s ownership of West End Plaza, the former Salisbury Mall, dates back to 2013, when the commissioners purchased the facility for $3.45 million.

At one point, the commissioners talked about a community center or convention center on the site. Edds has talked about the possibility of hotels at West End Plaza.

Last month, the commissioners approved a development called the Rowan County Idea Center, which would include a business incubator, museum, digital media lab and cafe. They allocated $145,000 for the project, but they have not yet allocated money to build the idea center.

In other business at Tuesday’s meeting:

• The commissioners approved a temporary use permit for a haunted house near China Grove and a permit to exceed noise ordinance limits for a benefit concert to be held at the same site.

Both permits were requested by Tony and Angie Jenkins. The site of both events is Reapers Realm, which sits off Daugherty Road. The haunted house would run from Sept. 29 to Oct. 31 and Sept. 28 to Oct. 31 in 2018. The benefit concert is scheduled for Sept. 29.

The commissioners unanimously approved both permits, but the conditional use permit generated some discussion.

An owner of property adjacent to Reapers Realm questioned whether he might be held liable for any incidents during the haunted house.

• As part of the consent agenda, commissioners approved more than $3 million in contracts between community agencies and the Department of Social Services.

The contacts ranged from foster care to psychological evaluations.

• The commissioners approved a rezoning for a 0.52-acre tract at 3940 Bringle Ferry Road

Assistant Planning Director Shane Stewart said the landowner doesn’t have any specific plans for development but plans to market the land.

The land is in West Rowan. Chandler Road is off Goodnight Road.

• The commissioners approved a conditional use permit allowing construction of a 3,000-square-foot residential storage facility on a 1.41-acre tract in the 5900 block of Enochville School Road.