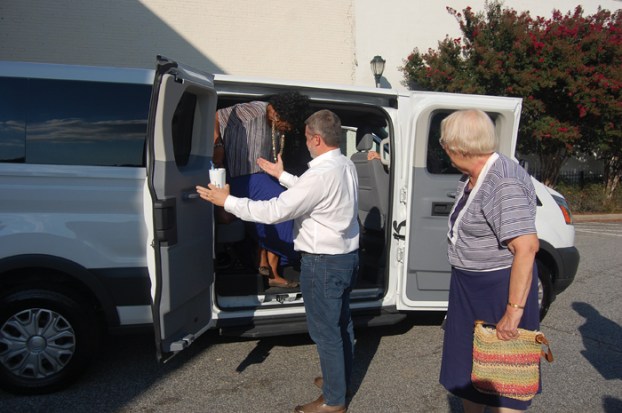 SALISBURY — A Housing Advocacy Commission committee took a tour of the Cone Mills and West End neighborhoods Thursday to look for abandoned buildings and homes that do not meet city code requirements.

The tour was part of the commission’s ongoing mission to visit what Chairwoman Barbara Perry called the city’s “most depressed” neighborhoods.

Perry said the committee’s last neighborhood tour was of Green Mills in December 2015.

She said it planned to do more tours at that time but was assigned to work on the Remedial Action Plan just after the 2015 tour.

The Remedial Action Plan, which the City Council approved in July, was created to reduce repetitive crimes in rental units by having landlords work together with the Police Department.

Perry said that with the many hours that the commission – whose members are volunteers – spent on the Remedial Action Plan, she couldn’t ask them to do another project on top of it.

But now that the plan has been approved, Perry said, the Housing Advocacy Commission will once again be touring neighborhoods that are at the highest risk for having abandoned or “deteriorated” properties.

During the tour of the Cone Mills and West End neighborhoods, which began at 4:30 p.m. Thursday, Perry said committee members saw many code violations.

“And we will follow up, because we’re going back to Green Hills, but not before we go and do some of the others,” Perry said.

During the van tour, development and code services manager Preston Mitchell drove members of the committee in a rented white van through Cone Mills and West End.

When members saw a building that they thought might be in violation, they would ask Mitchell to idle the vehicle so that they could write down the building’s address.

Committee members will now work with Mitchell and the code services department to make sure those buildings are brought in accordance with city requirements.

Perry said properties that are not up to code can cause negative ripple effects in neighborhoods.

“We think it contributes to crime,” she said. “The neighborhood lives in fear of what’s happening in these abandoned houses.”

Perry said she hopes the next tour will be in September or October.