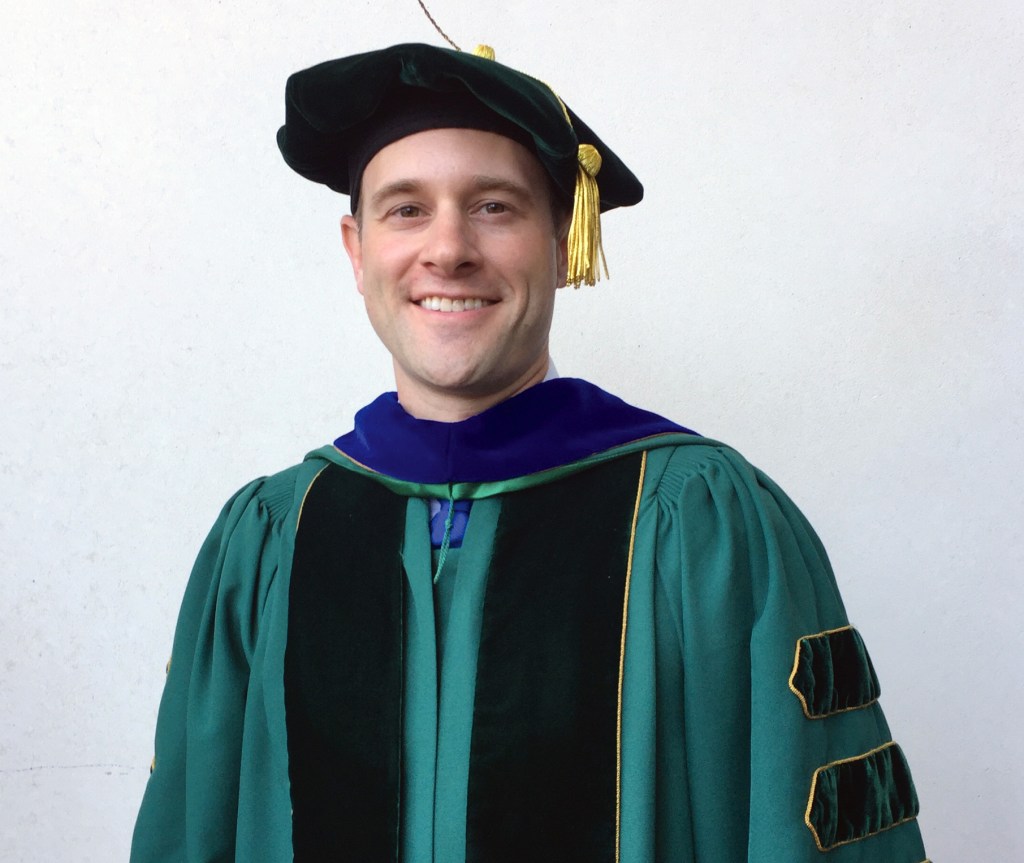 Scott C. Ryan graduated from Baylor University with a Doctorate of Philosophy. Scott received honors as an Outstanding Graduate Student Instructor in 2016-2017, Graduate School Doctoral Fellowship, Dean’s Scholarship, Young Scholar in the Baptist Academy in 2015, and  Schmeltekopf Fellowship for Educational Leadership in 2013-2014.

Scott’s future plans are to be a lecturer and Wabash Fellow in Religion in the Department of Religion at Baylor University.

Scott is married to LeAnne Spruill Ryan and their son is Asher Ryan. He is the son of Kathy and Mike Anderson of Salisbury and Monty Ryan, the grandson of the late Ray and Kathleen Coggins and the late Robert Lamont and Margaret Ryan.