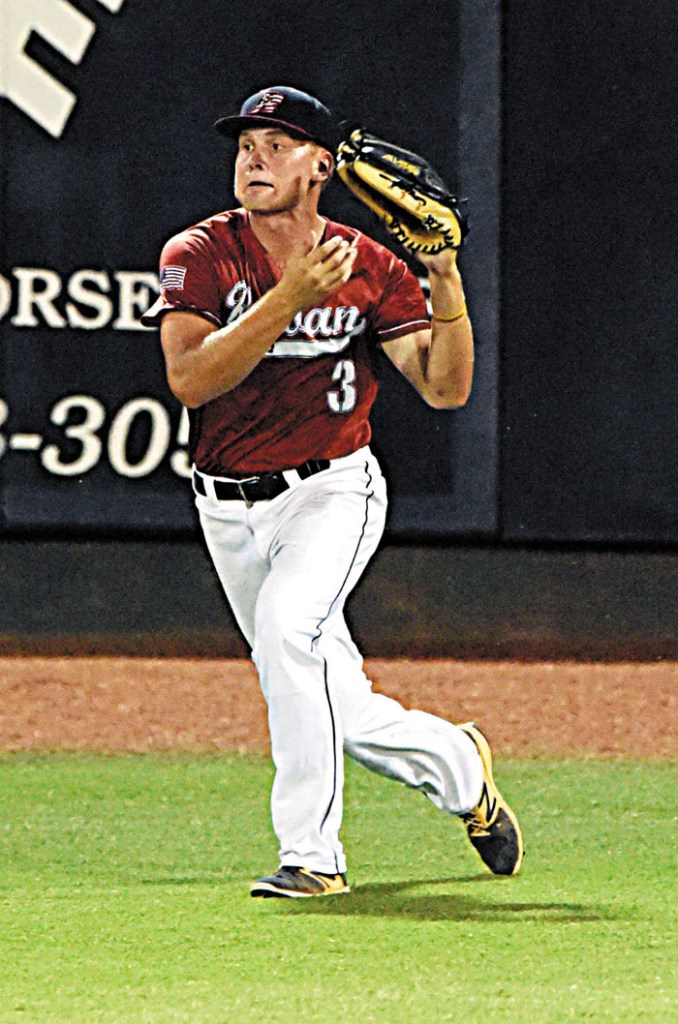 GREENVILLE — Rowan County’s American Legion team was ranked No. 1 in the state most of the summer and stood 31-1 after a  playoff win on July 15, but it closed the books nine days later at 33-5.

“Some of our inadequacies showed up late in the season and we lost ballgames, but that’s going to happen when you start playing against the better teams,” Rowan coach Jim Gantt said. “Still, I thought our guys grew up a lot here. They played in tough situations and pitched in tough situations. For all of them, as their baseball careers move forward, playing in games like this is going to help them a whole lot more than beating people, 18-2.”

Lee Poteat had four of Rowan’s 15 hits in his final Legion game. Hayden Setzer had three hits, Brycen Holshouser knocked in three runs. Chandler Blackwelder was on base five times.

But the stat that revealed the most on Monday was Rowan leaving 19 men on base in a nine-inning game.

Rowan seemed to have the bases loaded for the entirety of the first four innings, but the only damage it could muster was an RBI single by Poteat in the first and a two-run single by Holshouser in the third for a 3-0 lead.

“Some games you lose late,” Gantt said. “But this is one that we lost early with all those missed chances.”

Wilmington (26-4) fought back against Rowan starter Olen Stamper for a 3-all tie and took control of the game for a long time with a four-run fifth against Stamper and reliever Griffin Myers.

“It was unfair putting Myers in there with the bases loaded and no outs,” Gantt said. “They had some baserunners on that were bothering him, and he had a balk. Then they got a big hit.”

That key hit was a two-run single by Michael Phillips. It put Rowan down, 7-4, and Rowan spent the next four innings trying to catch up.

In the sixth, two-out RBI singles by Holshouser and Blackwelder, pulled Rowan within 7-6, but Brad Pennington removed his catching gear and took over on the mound. He would be tough the rest of the way, and he would be the winning pitcher against Rowan for the second time in three days.

“Their starting pitcher (Brayden Barry) was probably one pitch from being out of the game several times early, but he ended up giving them four innings, and that was big for them,” Gantt said. “Then we finally got to their bullpen (Mitch Baddour, and then Pennington). But Pennington did a lot for them. I don’t know if they had anywhere to go after Pennington, if we could’ve gotten the game to extra innings, but we weren’t able to do that.”

Rowan stranded two more runners in the seventh. Then Wilmington tacked on a run in the bottom of the inning for an 8-6 lead.

A one-out single by pinch-hitter Brandon Walton got Rowan started in the eighth. Then Blackwelder doubled.

“That ball Blackwelder hit was probably a home run every other day here, but this was the first day the wind wasn’t blowing out,” Gantt said.
A groundout by Henderson Lentz — third baseman Phillips made a good play to get the second out — scored pinch-runner Will Brown, and Rowan was down, 8-7.

Poteat’s fourth hit of the game and 11th of the tournament came next. His two-out single knocked in Blackwelder to tie the game at 8-all.

With two outs in the top of the ninth, Setzer and Tanner File came through, got on base and gave lefty pinch-hitter Brett Graham  a chance to swing.

Graham hit the ball hard to left-center, but his fly ball was chased down, and Rowan had stranded its 18th and 19th baserunners.

“The ball Graham hit probably gets over their heads the first three days of the tournament,” Gantt said. “But we were playing today, not yesterday.”

Myers got in trouble quickly in the ninth. Pennington walked. Jac Croom wanted to sacrifice, but he ended up walking on a 3-and-2 pitch. Then Kyle Smith strung a hit through the left side to win it for Wilmington.

It’s the first time Rowan has lost twice to the same team in a state tournament since Legion went to a double-elimination, single-site format in 2000.

As it turned out, a victory over Wilmington would’ve put Rowan in the Southeast Regional. Rowan would’ve entered today’s action in Greenville with Rowan and Randolph as the last two teams standing in the state, and Randolph is already guaranteed a regional  spot as the host.

Gantt was disappointed, but philosophical about a season that ended with a pair of hard-to-swallow losses.

“When you look at it, we lost some really good players from the World Series team, but we still had another great year and a fun year,” Gantt said. “These guys did a good job. They came ready to play every day.”