Michael Bitzer: Supreme Court ready to insert itself into ‘political question’ of redistricting 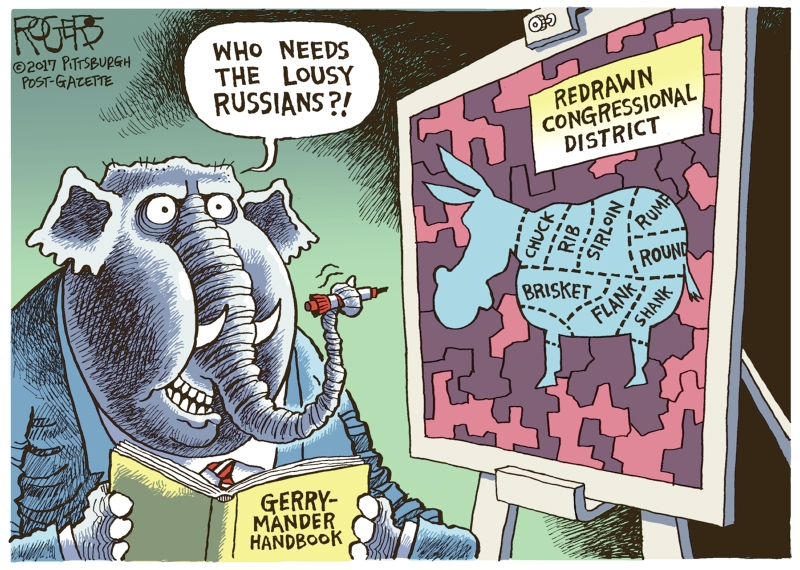 The U.S. Supreme Court has agreed to hear a Wisconsin redistricting case and consider whether partisan gerrymandering is constitutional.

In the past, the courts have deferred on answering whether partisan gerrymandering is constitutional or not for the simple fact that it inserts the judiciary into a “political question.”

In 2004, the U.S. Supreme Court upheld a redistricting effort, drawn by Republicans, in Pennsylvania against the claim that excessive partisan gerrymandering occurred. In the majority’s opinion, Justice Antonin Scalia noted that partisan gerrymandering is as old as colonial America, and that ultimately, it is not for the courts to insert themselves into the political actions of legislative redistricting.

However, one justice, who joined the majority’s opinion, wrote that while there was no judicial standard by which to judge when a district was politically manipulated through gerrymandering, he would “not foreclose all possibility of judicial relief if some limited and precise rationale were found” to adjudicate the issue of partisan gerrymandering.

In his concurrence, Justice Anthony Kennedy laid out what he saw as the two obstacles to tackling partisan gerrymandering by the courts: first, that there are no “comprehensive and neutral principles for drawing electoral boundaries,” and second, there are “rules to limit and confine” when the courts should engage in reviewing redistricting claims.

The Wisconsin redistricting case may have some of the answers to Justice Kennedy’s concerns about inserting the courts into reviewing partisan gerrymandering. Much has already been analyzed about the Wisconsin cases that will be reviewed in next year’s term of the Supreme Court, but the Old North State is certainly one that will be watching the developments.

At the heart of redistricting controversies is the issue of when one party “packs” or “cracks” voters. By placing an over abundance of voters who cast ballots for one party into a district (thus “packing” partisan loyalists), it frees up surrounding districts to favor the other party. Conversely, by splitting those same partisan voters into multiple districts, they are said to be “cracked” into districts to avoid being able to elect one of their own.

Conversely, the three congressional Democrats won with over two-thirds of the votes in their respective districts.

This pattern — of one party winning a greater percentage of the districts than their statewide vote — is a similar claim to the issue of the challenged Wisconsin districts as well. And ultimately, it will be Justice Kennedy who determines if the Wisconsin case brings a satisfactory way of having the courts intercede in this most political of activities in the United States.

Dr. Michael Bitzer, provost and professor of politics at Catawba College, is  from his WFAE radio blog, The Party Line.

Leonard Pitts: How Americans are born