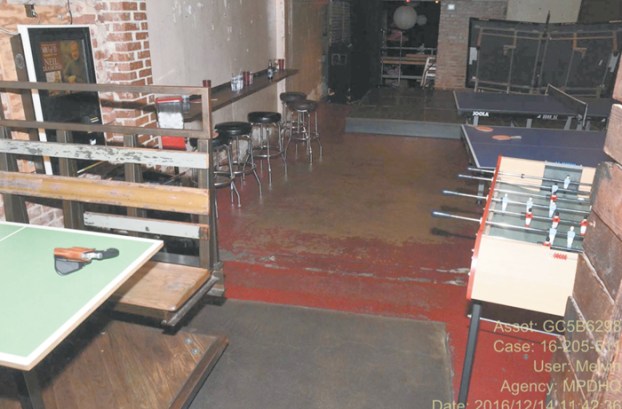 WASHINGTON — A Salisbury man who fired a gun at a Washington area pizza restaurant last year while trying to investigate an internet conspiracy theory was sentenced to four years in prison Thursday.

After his prison term is served, Edgar Maddison Welch, 29, will be on supervised release for three years. He was ordered by the court to have a mental health assessment and stay away from the restaurant.

On Dec. 4, 2016, Welch drove across state lines armed with an AR-15 rifle, a pistol and a shotgun to investigate the internet rumor that a pedophile ring was operating out of the Comet Ping Pong pizza restaurant. The conspiracy theory, known as Pizzagate, emerged during the 2016 presidential campaign and alleged that Democratic nominee Hillary Clinton’s campaign chairman, John Podesta, had emails with coded messages that referred to human trafficking at a number of restaurants.

In a sentencing memo, U.S. Attorney Channing Phillips asked for a significant punishment to not only deter would-be vigilantes from attempting similar crimes but to keep the community safe and punish the defendant for his actions.

The government asked for 4 1/2 years in prison, followed by three years of supervised release, and that Welch pay restitution for damage at Comet Ping Pong.

In March, Welch pleaded guilty to one count of interstate transportation of a firearm and one count of assault with a dangerous weapon.

In sentencing Welch, Judge Ketanji Brown Jackson said the extent of the recklessness in this case is “breathtaking” and that it was through “sheer luck” that no one was injured.

Welch, a father of two girls, said he had became agitated by reports and videos about the sex ring that he had seen online. He loaded up his car and drove to Washington with weapons and ammunition to investigate the theory. He exchanged text messages with friends and hoped to recruit them to help him.

Court files showed Welch watched Youtube videos at length about the alleged child sex ring. Welch’s girlfriend and a friend tried to dissuade him from doing “something stupid,” according to text messages contained in court records.

Customers, including children, and workers quickly evacuated the restaurant as Welch fired a rifle several times at a locked closet door, hitting a computer inside, court records said.

He was ordered Thursday to pay $5,744.33 in restitution to the restaurant for the damage.

Welch pointed his rifle at an employee who had returned inside the restaurant carrying pizza dough, court records said. When the employee saw Welch, he ran back out.

Although Welch fired his gun inside the restaurant, he did not shoot anyone. He surrendered to police after he found no evidence of hidden rooms or sex trafficking, court records show.

Other media outlets reported that Welch’s family was at the sentencing. In a December statement, his parents — Terri and Harry Welch — said at times the portrayal of their son in the media had been hurtful because it doesn’t accurately reflect who he is.

“Our son is not a political person and did not closely follow this year’s presidential election. Maddison did not support either presidential candidate and therefore chose to abstain from voting in this election. We have never discussed the ‘Pizzagate’ news story with Maddison and were not aware of it ourselves until we learned Maddison was arrested,” the statement said.

Family members said they felt it was important to let people know who their son is and how he was raised. They said the family has run a no-kill dog rescue on their land for more than 10 years, have taken in foster children, hosted an international exchange student and lent financial support to needy children.

The Welches said their son was raised around people of diverse nationalities and religions and he had always embraced differences in people.

The family said Maddison traveled to Haiti for a mission trip after a devastating earthquake there.

“We are a close-knit family and have a very strong bond with our son and our granddaughters,” the couple said.

They said they support and love their son and it is the same kind of love Maddison gives to his daughters.

GRANITE QUARRY — It’s summer, but the media center at Granite Quarry Elementary School is full of children. They sit in... read more