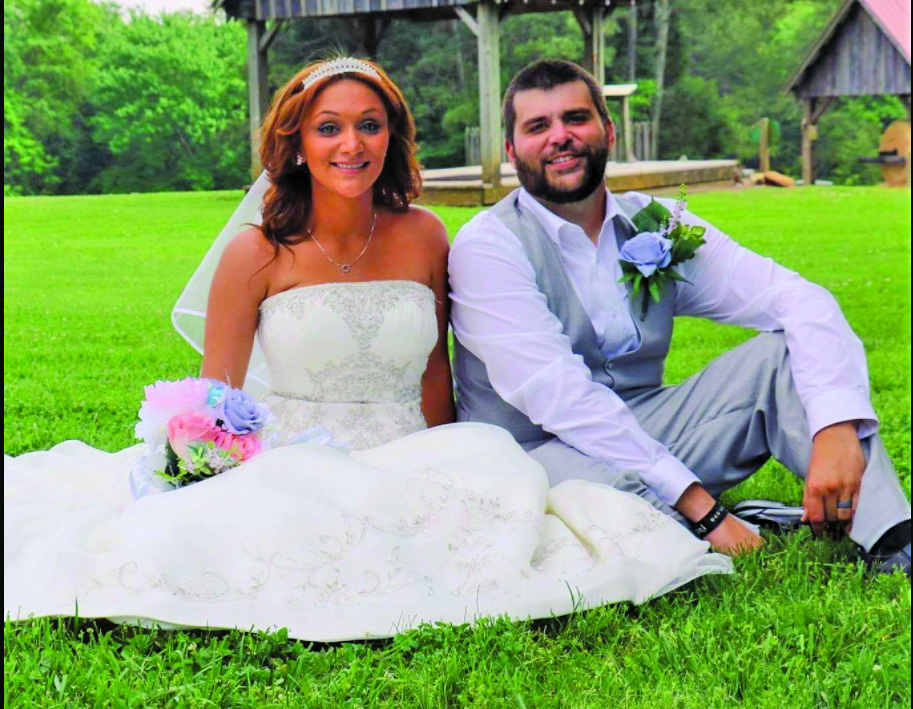 Brittany Clodfelter and Gaston Goodman of Rockwell were united in marriage April 29, 2017, at Gold Hill Park.

Minister Jeremy Clodfelter officiated at the 3 p.m. ceremony, which was followed by a reception at Gold Hill Park.

The bride was escorted by Andre Clodfelter and attended by Megan Castor of Salisbury as maid of honor. Bridesmaids included the bride’s sister, Rhiannon Kimmer of China Grove, Dawn Doros of Pineville, and Tiffany Hollar of Rockwell.

Shelby of Rockwell served as flower girl and the couples’ dog, Nelson, served as ring bearer.

The groom is the son of Jeff Goodman of Rockwell and Marsha Boyd Barr of Faith and the grandson of Dorris Goodman. He is a 2008 graduate of East Rowan High School. He is employed at STS in North Charlotte in undergroud construction.

The couple flew to Colorado Springs for two days after their wedding to enjoy the beautiful mountain scenery.