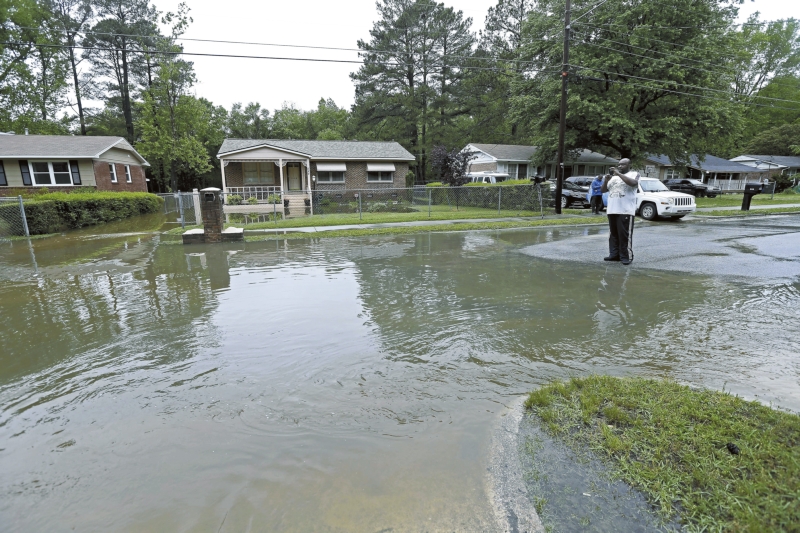 RALEIGH — A North Carolina county declared a state of emergency Wednesday because flooding closed a number of roads and led to evacuations, and a school bus driver was fired for going around barricades as she took students to school.

Edgecombe County officials announced on Facebook that several roads are impassable and that residents on one road outside the town of Pinetops have been evacuated. The county reported nine state roads closed, most near Pinetops and Rocky Mount.

According to the county, the Tar River continues to rise, although it hasn’t reached its peak. The National Weather Service says the river is expected to crest Friday at 31.7 feet. By comparison, the river reached 36.2 feet after Hurricane Matthew last October.

An emergency shelter has been opened for people affected by the flooding.

On the North Carolina coast, Brunswick County schools spokeswoman Jessica Swencki said in an email that the bus driver was fired hours after she drove through pooled water with three students on board Tuesday. Dozens of roads were flooded across the state after several days of heavy rains.

Swencki said Marsha McMillian ignored barricades on the road that’s part of her route. All students on her bus made it to school safely.

Witness Bruce Felker recorded video of the bus driving through the pooled water that splashed around its tires. Felker told WECT-TV there’s no excuse for the driver’s actions when students are involved.

Flood warnings and advisories are still in effect for portions of central and eastern North Carolina.