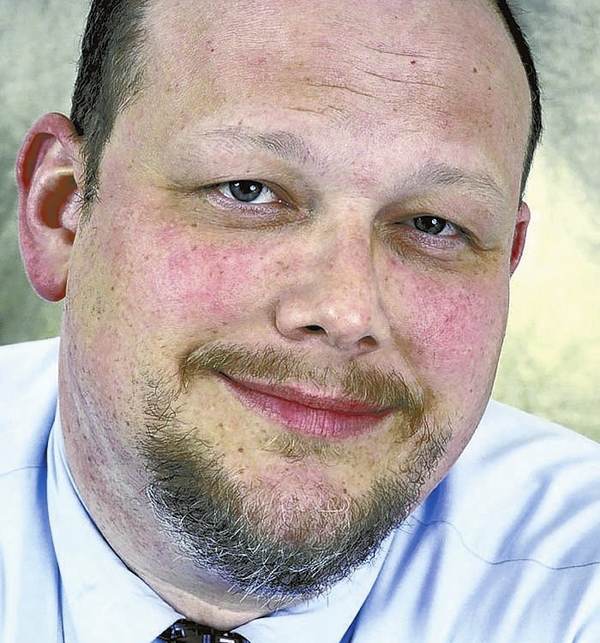 Jehan Allen Davis, who co-owns Bounce City with her husband, Guanah Davis, is seeking compensation for damages she says resulting from a decline in revenue after a negative article was published on the blog, Rowan Free Press.

Davis says in her suit that the article falsely reported gunfire directly outside Bounce City. The defendants refused to retract the article, the suit says, and she has experienced a “cataclysmic decline in revenue which continues to the present day.”

Paris did not comment on the lawsuit but did confirm to the Post that he had not been served with paperwork. Since the complaint was filed late Wednesday afternoon, the civil summons has yet to be served on the parties involved.

The Post contacted Mensing via email and social media, but he did not respond.

Davis’ attorney, Ervin Brown, said that Paris is either an editor or assistant editor of the blog.

Mensing’s Facebook page lists himself as editor in chief and publisher of Rowan Free Press. In the April 2016 article, Paris is referred to as associate editor.

“It’s a libel action. The whole thing about there being a shooting around the outside perimeter of Bounce City is untrue. Mr. Paris put on his personal Facebook that it happened at Bounce City. Parents are fearful of bringing their children because they think it’s a violent place,” Brown said.

Brown said his client has not yet computed the total revenue lost but an audit will be conducted.

“She has records for Bounce City that show a precipitous decline in revenues that began three weeks to a month after the article,” he said.

The blog article details an 11 p.m. shooting at a Livingstone College-sponsored party at Bounce City. The article says gunfire could be heard up and down Council Street and on Innes Street by St. John’s Lutheran Church and the county administration building.

About 12:15 a.m. on Saturday, April 16, 2016, multiple gunshots were heard in downtown Salisbury in the area of East Council Street, the suit says. About 12:30 a.m., the suit says, Paris — acting on a phone call “tip” from Mensing — went to Bounce City to investigate the shots.

Paris took pictures of people standing outside the business but made no attempt to speak with anyone inside the business, including patrons, Guanah Davis or security guards, one of whom was a Rowan County Sheriff’s deputy, the suit says.

According to the lawsuit, had Paris interviewed any of them at the time he took the pictures, he would have learned that “no one fired shots inside Bounce City or anywhere in the immediate vicinity.”

The lawsuit says Paris wrote his article based on nothing more than his “tip” from Mensing. Paris posted the article on his Facebook page for more than 1,000 people to view. More than 100 people replied to his post and spoke negatively about Bounce City, the suit says.

Davis says she told Paris the article was libelous and inaccurate, and she emailed Mensing to request a retraction. She says Mensing responded to her email saying, “Sorry, Jehan, too many witnesses, nothing to discuss.”

Davis says in her suit she made subsequent attempts to get both Mensing and Paris to retract the article. Mensing then emailed Davis telling her to “cease electronic and telephonic harassment.” She said Paris emailed her telling her to “cease and desist” and, if she didn’t like it, “sue me,” he wrote, according to the lawsuit.

Davis is seeking compensatory damages from both defendants and wants a jury trial.