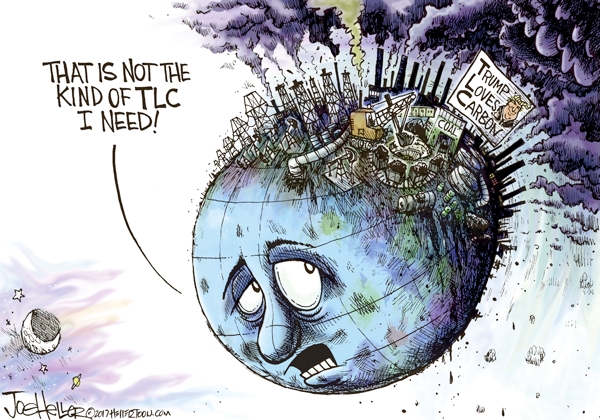 So ranting has replaced rational fact-based discourse as the preferred medium in the opinion section.

Once you get past the ranting, he’s got a point that I agree with. We need to put more resources into educating parents how to raise their children properly.

Unfortunately, cutting school budgets endlessly (as the writer implies we should) guarantees even less quality time with students and their parents. So, legitimate point made, but no real solutions offered.

Mr. Morgan, you could not be more right; liberalism is a mental defect and it is going to be the downfall of this once great country.

I would disagree about one thing; liberals are not open- minded. They are the most intolerant people in the world. Either you see things just like them or they call you a bigot or some other name.

When a parent is just trying to keep the wolf from the door, despair, rage, injustice, addiction and countless other factors leave parenting wanting. …

[Y]ou have to know what love looks like in order to love. Hurt people hurt people. It consistently amazes me how many Christian/conservatives haven’t understood this most basic teaching — that of love and compassion.

I’m sure everything in the United States will be much better once we adopt Russia’s policies. It’s telling when liberal Americans are despised more than our foreign enemies.

I applaud all elected officials for their willingness to have taken on what is often a thankless job. Your service is appreciated.

Thank you, Maggie, for giving of yourself so unselfishly. You are and will continue to be a gift to our city and community.

Great idea. It’s where Livingstone should have started with the urban farming instead of clear-cutting 40 acres off Brenner and leaving an eyesore.

We are so excited about this. And the kids are having so much fun learning and enjoying the nice spring weather so far. We have already received two donations of plants and seeds, and are about to start planting. Any and all help is certainly very much appreciated.

Thanks again for the article and the support, Mark Wineka.

So, once again, Rowan finds itself as the donut hole in the region. Mecklenburg’s growth as the metropolis hub is understandable, as is the growth up the I-77 and I-85 corridors of Iredell and Cabarrus counties, respectively. …

Our geographic location is primed for easy access to both Charlotte and the Piedmont Triad, putting us in a roughly equal position to serve both metropolitan areas in their peripheries. Of course, there is the very valid idea that we are an island defending against urban sprawl, but such a fear has come at a detriment to growth. In other words, it’s pushed the pendulum too far to the other side.

…Letter: So much for reform; the Stupid Party strikes again

Mr. Gilmour, life is too short to waste time and energy trying to reason with stubborn, stupid and willfully ignorant people. Presenting logic and facts to them is like throwing cold water on a hot grease fire, resulting in a fiery blow-back.

They must personally experience the consequences of their folly and hope the rest of us do not fall victim to the collateral damage of their calamity.

[T]he fact most prevalent in the minds of anybody with any awareness … is that there can be no assignment of monetary value to the safety of innocent women and children.

All because less than 1 percent of the population in desperate need of serious counseling might feel uncomfortable using facilities based on the plumbing with which they were born.

We will suffer for an eternity if we sell out for sin. Won’t happen at my house. Period.

The United States is a republic, and when it comes to a county like Rowan, voting for commissioners to represent their districts, the elected officials have every constitutional right to pray before any public meeting, as the voters are “religious” or, as in this case, “Christian.”

Even the Salisbury Post has a Faith section. … The Pledge of Allegiance itself includes “one nation under God.”

… My Turn: Pass the catsup and hold the PC

I have noticed the extreme PC of advertising today also. It’s gotten so bad that to get noticed some advertisers are starting to “go the other way” and sneak some non-PC ideas into their advertising to wake up the viewer. Have you seen the new Taco Bell commercial — over a sweet, lovely soundtrack, we hear a soft voice singing “When your morning is hell, just go to Taco Bell.” … And who can forget the bikini-clad, car-washing, suds-covered girl biting into the giant sloppy Hardee’s burger with such a look of pleasure? Feminists were offended but Hardee’s was trying to reach 22-year-old males, and I suspect it worked. Heck, I’d go so far as to say that the popularity of Donald Trump can be explained partially as push-back against politically correct language and political ideas.

… Police chief: Gangs cause for most Salisbury gun violence

About time. Now actually put your money where your mouth is, and put forth actions

If this will stop some of this crime around here, give him the money. We waste money in plenty of other ways, not to mention the Fibrant losses. … Make Salisbury a wonderful place to live again.

Wow. New chief says crime problems are both homegrown and gang-related, so that about covers all of the possibilities. Just another example of why the city hired a police chief that was not qualified for the job. … Why not hire from within, someone familiar with the offenders in the area and the crimes they have committed?

Getting these officers the pay they deserve is a great first step, but there has to be more done.

What would be encouraging is to see the police officers be able to do their job without the fear of politics or special interest groups sticking their nose in how the Police Department is run.

… Firefighters start in Salisbury, get their certifications and move on to better-paying cities.

I have no idea how Ms. Athey purports to divine the standard by which I would judge Democrats, but why would Republicans not hold themselves to a higher standard than Democrats? Why should they object to being held to a higher standard? Is this to be the new slogan for their party: “We are no worse than the other guys”?

No! A man of character and honor should hold himself to a high standard, should recognize the perils of unchecked power, especially his own, and should welcome being challenged by an opposition. We can and should expect better of our representatives than a race to the bottom of self-service and party-over-all-else.

“Fear is the mind killer”

… My Turn, Jimmie Moomaw: You call that a town hall meeting?

Three legislators taking 10 minutes each to spell out their occurrences is not burdensome on the crowd. They were elected and should have the right to explain their daily interactions and future legislation. Some of the attendees’ impatience was unwarranted. They also had the chance to go up to any of the three after the meeting and continue asking questions.

Great article! Town halls are meant to provide two-sided conversations between citizens and civil servants. This one was one-sided, at best.

I very much hope our local elected officials will take the time now to answer those questions. I’m hoping future town halls will be less one-sided.

Two fine men who will be missed by many. Prayers for both families during this difficult time and the coming days ahead.

This is so sad, but I know Heaven’s gates were wide open for these two fine men.

Sorry for both families; they will be on my thoughts. I knew Trent. He worked with my dad, Cecil Wilcox. Trent was a good person.

Great testimonies for both these men. I hope when I die I will have a great testimony for the Lord. I will be praying for these men’s families. Be proud. These men sounded like they loved the Lord and lived their lives to serve him.

… Al Hunt: Our president is a stranger to truth

Amen. He has been true to his selfish and egocentric nature throughout his public life. I, like many others, pray the presidency will bring a new outlook and maturity to this childish man. Otherwise, we are in trouble.

Last week, state Rep. Carl Ford introduced a bill that could raise the occupancy tax, but he remains undecided about whether he’ll vote for it. … I guess he is only worried about the occupancy of a bathroom.

Congratulations, young lady! I used to love spelling bees when I was in school (loooong time ago) but you are the Queen Bee. Good luck in the national. We’ll all be pulling for you!

Congratulations, Gabrielle! The joy of these moments will stay with you forever. I still smile at the memories of competing in the regional bee in 1976. And, despite her many lifetime accomplishments, the memory of winning in 1955 still lights up my mom’s face like nothing else! Best wishes for clarity, fun and luck in D.C.!

… Fundraiser to help Bob Wise and family after stroke

Bob and l played in Southern Gold and went to school together. He’s a good man, good friend and outstanding musician. Please, everyone, help out Bob and his loving family. I know if it was you, they would help you out.

Editor’s note: The  benefit will be at the Kannapolis Moose Lodge all day Saturday. For more information, call Ronnie Carter at 704-224-1696 or see the Salisbury Post story at http://ow.ly/BxwC30apdoS