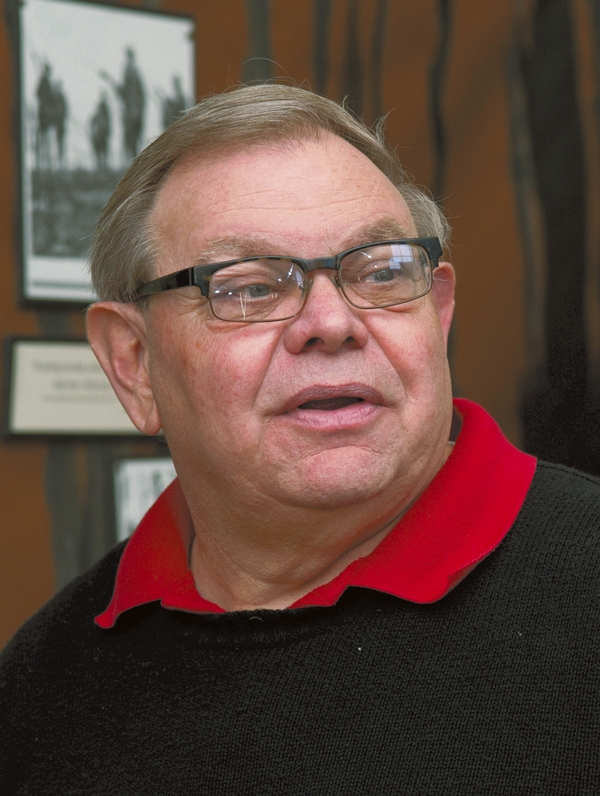 KANNAPOLIS — Kannapolis History Associates host Terry Holt, president of the Rowan History Club, on Monday, April 3 at 7 p.m. as he shares the story George Washington left behind. Washington was as a surveyor, fighter, farmer, military leader, political leader, president and had a larger than life personality. Much of what we know about him is based on myths and legends rather than actual facts. Terry will share some of these myths, legends and stories and share why they were woven into Washington’s life. Held in the A. L. Brown High School social room, 415 East First St. Park in the lot East of Trinity Methodist Church and follow the signs to KHA.  For more information call Phil Goodman at 704-796-0803.

SPENCER — On Saturday, April 1 from 2-4 p.m., The Spencer Doll & Toy Museum hosts Lisa Williams Kline, author of children’s books, who will be reading and autographing books. Kline is the author of eight novels for young people including Eleanor Hill, winner of the NC Juvenile Literature Award, Princesses of Atlantis, Write Before Your Eyes, and the 5-book Sisters in All Seasons series. A graduate of Duke University, she has a masters’ from UNC-Chapel Hill and an MFA from Queens University. She lives in North Carolina. Regular admission applies to events. Spencer Doll & Toy Museum, 108 Fourth St. Call 704-762-9359 or visit www.spencer dollandtoymuseum.com to learn more.

PPT’s ‘Tales of a 4th Grade Nothing’ opens tonight

‘In America, anyone can grow up to be president’

Judge Andrew Jackson VI will be the featured speaker at Historic Salisbury Foundation’s annual meeting on April 12. The reception is at the Salisbury Station at 6 p.m., followed at 7 p.m. by a brief business meeting. The evening will end with Judge Jackson’s intriguing accounts of President Jackson’s life in a talk titled: “In America, anyone can grow up to be President,” sharing the colorful saga of Andrew Jackson’s
rise from orphaned youth, through his military career during the War of 1812, to his term as U.S. President from 1829-1837. Jackson, a populist, was variously called “Old Hickory” for his strictness with his troop, “jackass” by his political opponents during his first, unsuccessful, run for the presidency, and later “the People’s President” for his anti-elitist positions. To RSVP call the HSF office at 704-636-0103 before April 3.

March 29-April 1 at 7:30 p.m. An Eclectic group of six mid-pubescents vie for the spelling championship of a lifetime. At the Florence Busby Corriher Theatre, Catawba College. Ticket information at catawba.edu/theatre or 704-637-4481.

The Robert F. Hoke Chapter 78 of the United Daughters of the Confederacy hosts its annual Salisbury Confederate Prison Symposium April 28-30. This, the only Confederate States military prison placed in North Carolina, was active from December 1861-February 1865. The event begins on Friday with a banquet, lecture, music and recognition of veterans. Scheduled for Saturday are lectures, displays and books. On Sunday there are two public memorial services, one at 10 a.m. for prisoners at the Salisbury National Cemetery and an 11 a.m. service for guards at the Old Lutheran Cemetery. There will be an afternoon tour of the Prison site for registrants. Scheduled speakers include author and historian Robert Carpenter; historian Dr. Kevin Cherry; author and historian Dr. Gary Freeze; historian and descendant Ron Nichols; archaeologist Ken Robinson; and author and historian Dr. Jim Tootle.

LEXINGTON — On Saturday, April 8 is the inaugural Lexington Depot District Music Fest. The lineup includes The Gin Blossoms, Edwin McCain, The Lilly Brothers, The Ultimate Eagles Tribute Band-On The Border, The Steppin Stones and Holy Ghost Tent Revival. Tickets are $45 for adult general admission at the gate. Tickets for children 12 and under with paying adult, $10 online and $15 at the gate,  include unlimited access to games and activities. The music fest will kick off rain or shine at 11:30 a.m. and feature music, beer, wine, food truck vendors and children’s games and activities. Bringing lawn chairs and blankets but no outside food or beverages. Visit depotdistrictfest.com to learn more.

April at the NC Museum of History

RALEIGH — Come wear your kilt to Tartan Day North Carolina: A Scottish Celebration for the Old North State, Thursday, April 6, 9 a.m-5 p.m. at the NC Museum of History. Enjoy this free event throughout the day as you experience the noble sounds of Scottish bagpipes, Highland dancing, food and other surprises that all help tell the story of North Carolina’s Scots.

In addition a new exhibit, NC & World War I, will open on April 8. One hundred years have passed since America entered the “war to end all wars” in 1917. The 6,500-square-foot exhibit commemorates the centennial anniversary of the United States’ involvement in WW I with an experiential exhibition. The day will begin with a solemn wreath-laying ceremony at the WW I section of the NC Veterans Memorial on the State Capitol grounds with the NC National Guard, World War I reenactors and attending dignitaries. Afterward, a ribbon cutting will officially open NC & World War I at the NC Museum of History. Learn more at 919-807-7900 or ncmuseumofhistory.org

The Salisbury Ghost Walk will take to the streets this Friday, March 31 with two tours, at 7 and 9 p.m. The walk covers a six block area in down town Salisbury where tales of shadow ghosts, apparitions and orbs will be revealed. Historical facts tell how in the 1800s Salisbury earned the reputation as the “wettest and wickedest” town in the state. Bring your camera, smart phone and a flashlight. Don’t confuse this with the Halloween fright events;true ghost stories are all we reveal. In 2010 this walk received a tourism award from the Governor’s Office. $5 students, $10 adults, age 5 and under are free.  Make reservations at www.salisburyghostwalk.com or call John at 704-798-3102.

‘A Night at the Cirque’

Lee Street theatre presents “A Night at the Cirque” on April 8 from 7 p.m. until midnight. This live theatre and dinner experience is a black tie gala to benefit Lee Street theatre and its educational programs. “A Night at the Cirque” features cocktails, dinner, dancing and live performances. Acts include Stilt Walkers and Acrobats during cocktail hour, and a showcase featuring Aerial Silks, Lyra, Trapeze Acts, Juggling and more during dinner. There will be a themed dinner, desserts and full bar will also be available. Tickets are to the fundraiser are $100 per person. A limited number of tables may be reserved for parties of 8-10 people.m “A Night at the Cirque” will be held at the Lee Street Theatre and Performing Arts Center, 329 N. Lee St. Tickets are available at the office or www.leestreet.org or 704-310-5507.

ALBEMARLE — The Stanly Arts Guild is offering an art scholarship to a high school senior planning to enroll, or college freshman enrolled in a visual arts or arts education program. Applicants must be a resident of Stanly, Anson, Cabarrus, Montgomery, Rowan or Union County. Applications are available at www.fallingriversgallery.com, click on Stanly Arts Guild. Deadline is May 20. For more information contact Carole Poplin at 704-982-0806.
Art exhibitions at the Salisbury Business Center — Art enthusiasts have enjoyed various art exhibitions sponsored at the Salisbury Business Center. The SBC is currently adding new office suites. We anticipate completion of construction later this year, at which time we will renew our commitment to support our local artist community with more exciting art exhibitions. Learn more about the Salisbury Business Center at www.salisburybusinesscenter.com