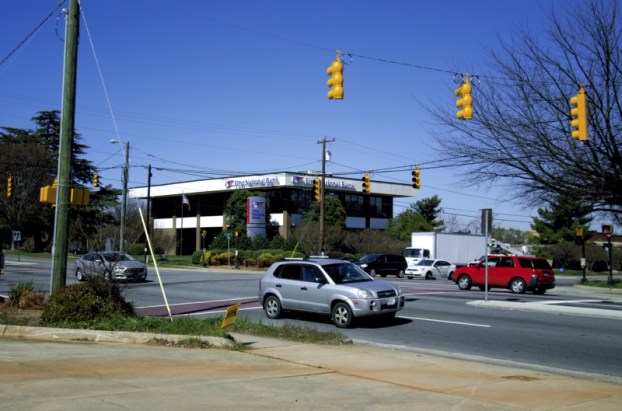 The First National Bank at Long and East Innes streets has changed its sign to reflect its merger with FNB.

SALISBURY — New signs went up this week at the corner of Innes and Long streets. Yadkin Bank is now First National Bank.

The signs were unveiled soon after FNB Corp. announced Monday that it had completed its merger with Raleigh-based Yadkin Financial Corp.

As a result of the merger, Pittsburgh-based FNB has nearly $30 billion in total assets and more than 400 locations in eight states.

The acquisition gives First National Bank market share in North Carolina’s high-growth markets — Charlotte, Raleigh and the Triad — in addition to its legacy markets of Pittsburgh, Baltimore and Cleveland, Ohio.

“The transformational merger with Yadkin establishes FNB as a leading regional franchise that now extends throughout the mid-Atlantic and into the Southeastern U.S.,” said Vincent J. Delie Jr., president and chief executive officer for FNB Corp., in a press release. “We are excited to welcome our new customers in North and South Carolina and to introduce them to innovation, world-class products and our strong commitment to the communities we serve.”

Shares of Yadkin will no longer be traded on the New York Stock Exchange.

SALISBURY — More than 200 people have signed up for Saturday’s Stop the Violence Summit at Livingstone College, according to coordinator Al... read more