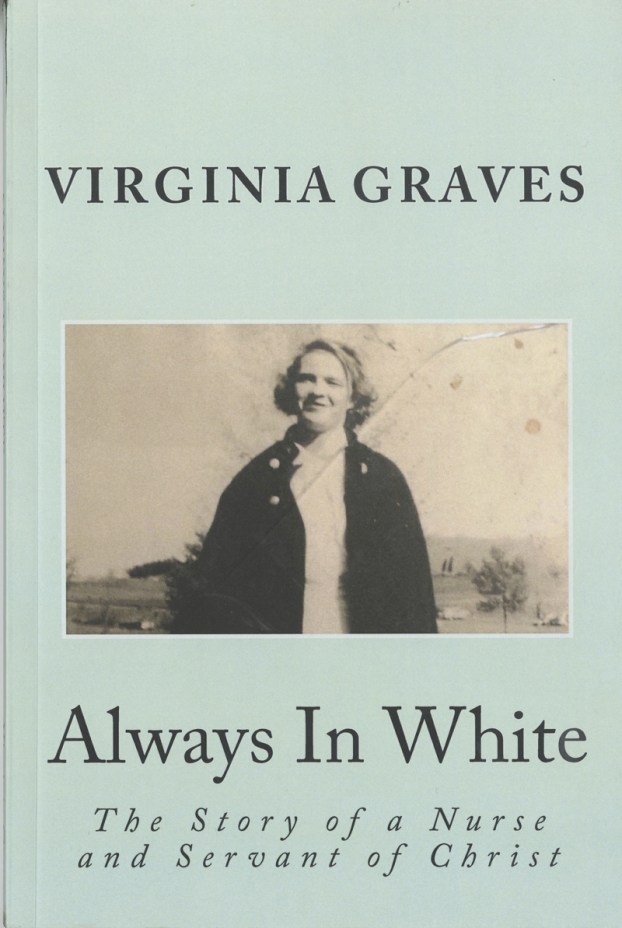 Virginia Graves, a veteran of the Korean War and a longtime nurse at the Hefner VA Medical Center, has written a book of her memories, “Always in White: The Story of a Nurse and Servant of Christ.”

A friend encouraged her to write some of her stories down. Graves called Phyllis Keels who asked her to send over what she had.

Keels like it and helped Graves put the book together and get it published.

The stories are told in a conversational style, making them easy to read. Keels typed it all up, designed the cover, edited it and helped Graves get it published through Amazon.

It took a little over two years to get it all done.

Graves said her niece, Sandra Lynn, wanted her to write things down. Graves turned 87 just this week, and her memories are still sharp.

“I wanted to do it now before I started forgetting,” Graves says with a laugh. “Though your long-term memory stays with you.”

“It’ mostly positive in the book. … I saw a lot in service.”

And she kept seeing the world change, as women began entering the services and the workforce. Graves worked “in about every ward” at the VA over her 34-year career.

Graves went to nursing school at Presbyterian Hospital in Charlotte and joined the Army in 1951. Gen. George S. Patton had been one of her heroes.

Although she grew up during the Depression, her family had a farm, which helped. She remembers that staples were hard to find at the stores in those days.

Her goal for the book is simply for people to read it and learn a little bit about history, about life before many modern conveniences.

There are black and white photos in the book as well.

Get sucked into the vortex of H.P. Lovecraft

“The Night Ocean,” by Paul La Farge. Penguin. 389 pp. $27. By Jon Michaud Special To The Washington Post Though... read more