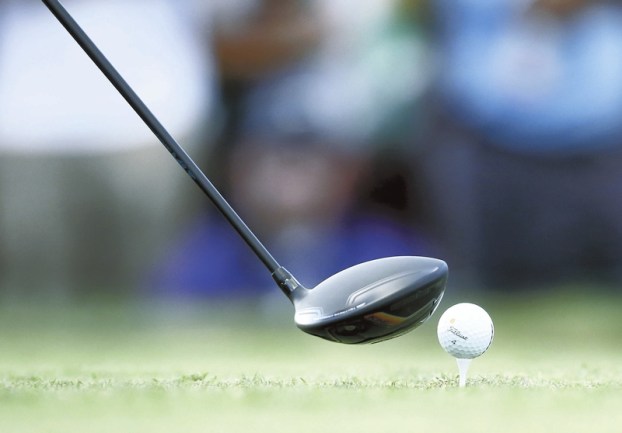 MEXICO CITY (AP) — Golf’s two governing bodies released a draft of modern rules on Wednesday aimed at bringing common sense to what can be a complicated sport.

The Royal & Ancient Golf Club and the U.S. Golf Association spent more than five years trying to simplify the Rules of Golf without stripping the centuries-old game of its traditions and fundamentals of fair play. The result figures to be the most comprehensive overhaul since the first set of rules was published in 1744.

But in this case, the Rules of Golf actually shrunk.

The proposal, which now faces six months of public feedback, reduces the number of rules from 34 to 24.

In many cases, penalties have been rescinded. Players no longer will be assessed a one-shot penalty if their golf ball accidentally moves, if their club touches the ground while in a hazard or even if a putt strikes a flagstick that is not being tended.

Remember when Jeff Maggert’s shot from a fairway bunker caromed off the lip and hit him in the chest? That cost him a two-shot penalty in the 2003 Masters. Under the proposed rules, it wouldn’t be a penalty.

“The primary objective was, ‘How do we make the rules easier to understand and easier to apply around the world,’” said Thomas Pagel, the USGA’s senior director of rules and amateur status. “I think what you’ll see is that part of this process is to evaluate all the outcomes and identify outcomes that are more reasonable and common-sense based.”

Rory McIlroy has been informed of the changes and liked what he heard.

“I think golf’s emphasis on the rules can sometimes turn people away from it,” McIlroy said. “To modernize and make it simple is a good thing. With what’s happened in the last couple of years, with some rulings and high-profile things that have happened at crucial stages in tournaments, people who look at that and might want to get into the game say: ‘You know what? It’s too complicated.’

“Making them more modern to move with the times is good.”

Depending on the six-month public comment period, the proposal would be finalized in 2018 and become effective in 2019.

One of the proposed rules would penalize caddies who stand behind their players until right before the shot, to help them with alignment. That is most prominent on the LPGA Tour. If the modern rules are adopted, caddies would have to move as soon as their players take their stances.

“This is one we stepped back and said, ‘Aligning yourself is just fundamental to playing the game,’” Pagel said. “It’s not that caddies can no longer help the player. But when a player goes to set up to the ball, that challenge is the player’s.”

Another significant proposal, which got McIlroy’s attention, was how to drop. The goal was to get the ball back in play quickly. Modern rules would more easily identify where to drop, and players would only have to hold the ball above the ground without it touching anything. The recommendation is at least 1 inch above the ground or grass. Currently, players have to stand upright and hold the ball at shoulder height and arm’s length from their bodies.

Among other proposed rules:

• Instead of only being allowed to repair pitch marks or old hole plugs on the greens, players now can fix just about anything, including spike marks and heel prints.

• Players were disqualified if they used a club that was damaged in anger. Under the proposal, they can still use it.

• Players who touched the line of their putts or the putting green in pointing out a target faced a two-shot penalty. The modern rule has no penalty, provided they are not improving the condition of the putt.

•Several proposed rules were geared toward improving the pace of play, such as encouraging players to hit their shot when ready. Players would have only three minutes to search for a lost ball instead of five minutes.

“It is important that the Rules continue to evolve and remain in tune with the way the modern game is played,” said David Rickman, executive director of governance for the R&A. “But we have been careful not to change the game’s longstanding principles and character.”

While the Rules of Golf would only be 24 rules, that’s not to suggest 10 rules were simply eliminated. That indicates how the book was taken apart and put back together.

“Probably a bit more than 10 went away,” Pagel said.