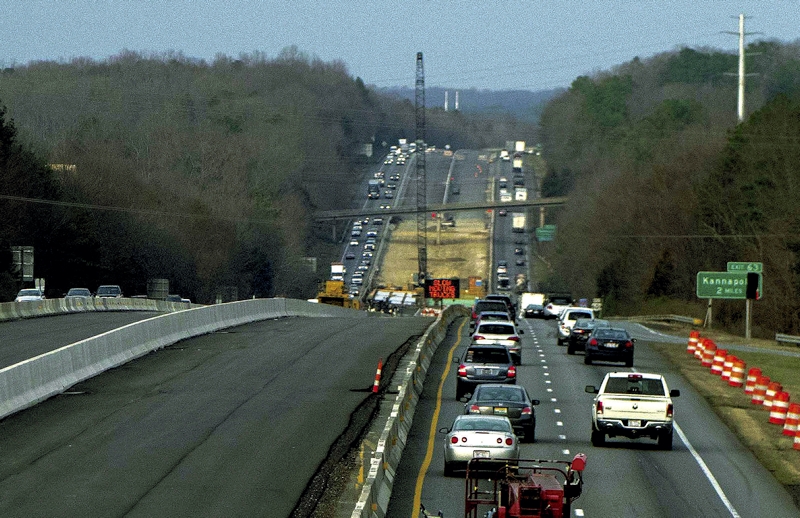 'We want North Carolina to have good quality roads and bridges, not necessarily to spend the most tax money on transportation,' Hood says.

SALISBURY — When Jake Alexander III of Salisbury joined the N.C. Board of Transportation in 2013, he found the DOT much as it had been when he served as deputy secretary under Gov. Jim Martin.

“And there aren’t enough of all of them.”

Alexander recently stepped down from the Transportation Board at the end of a four-year term. When Republican Gov. Pat McCrory lost his re-election bid last year, Alexander knew that was the end of his stint, too. Alexander is sales director for Genan Inc., marketing recycled rubber granulate for industrial and sports surfacing use.

The Alexander name has been connected to North Carolina transportation for a long time. Alexander’s late father, for whom he is named, served as a state board member, as deputy secretary and as secretary of transportation — and Jake Alexander Boulevard is named for him.

When Alexander joined the board four years ago, what had changed about transportation was the size of the department’s budget — now $4.7 billion a year— and the demands on it.

“There’s simply not enough money to build, erect or maintain what we’re going to need,” he says.

Transportation planners project that, between now and 2040, North Carolina will run $60 billion short of what it needs for its transportation network. That includes highways, aviation, rail, bicycle and pedestrian trails, public transportation, ferries and ports.

At the same time, the population is expected to grow from 10 million to 13 million.

How to fill the funding gap has been the big question in transportation and legislative circles. The traditional sources — gas taxes, motor vehicle fees and highway use taxes — could actually produce declining revenues. Drivers who opt for more fuel-efficient vehicles use less gasoline and therefore pay less in gas taxes.

Even the highway use tax — the sales tax on new vehicle purchases, capped at 3 percent — has been hit in recent years. Alexander said the average number of years a person keeps a vehicle has risen from seven years before the recession to 11 years now, he says.

“I’m in a minority on funding. I think that the state must find another form of significant money or we’re really going to have a problem.”

Alexander is a fan of more tolls and of levying a fee for vehicle miles traveled — VMT. The owner of the vehicle would pay a fee based on the distance driven. This is a new approach. Oregon tested it with some 800 volunteers, starting in 2015. According to The Oregonian newspaper, the program uses an electronic transmitter to track a vehicle’s mileage and then sends the driver a bill. The current road usage charge is 1.5 cents per mile.

As for tolls, Alexander says the old model of stopping at a toll plaza to pay cash is on the ash-heap of history. Modern toll roads use electronic transmitters to track vehicles, too.

Tolls and a VMT fee are not popular with the public, he says; it may be years before they are politically acceptable. But simply raising existing taxes and fees is unlikely to yield the kind of money North Carolina needs for transportation, he says.

On the more immediate level, Alexander calls the state’s new scoring system for prioritizing transportation projects “historic in its fairness and logic.”

The days of building roads based on people, money and political influence has been dramatically diminished, he says.