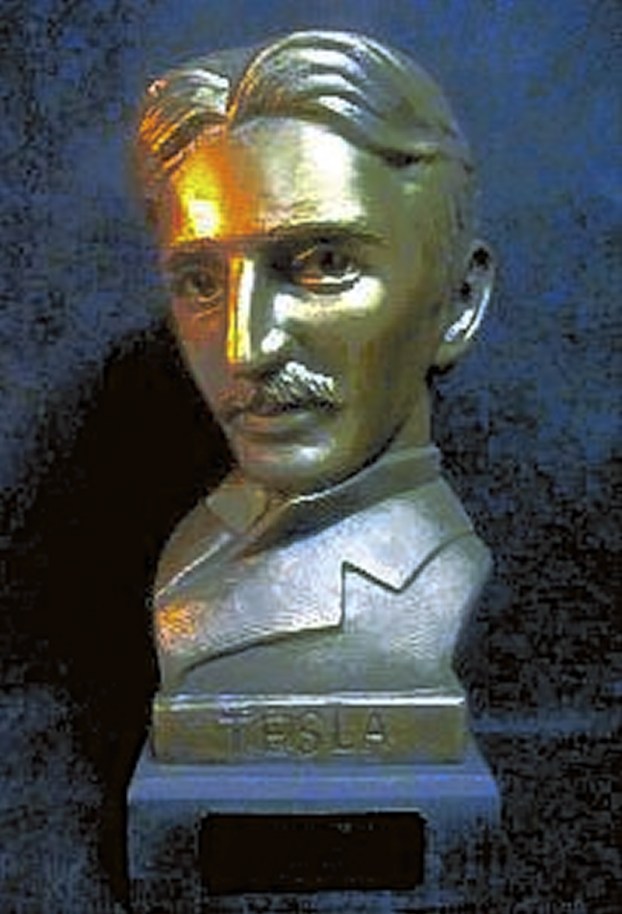 Submitted This is a 21-inch bust of Nikola Tesla done by Salisbury artist Robert Toth. It was recognized with a 2016 Nikola Tesla World Award going to individuals and organizations that promote the late inventor's work and legacy.

Toth learned he will receive a bronze medal as a recipient of a 2016 Nikola Tesla’s World Award. It recognizes Toth “for an outstanding work in promoting Nikola Tesla, his work and his legacy.”

Toth was among numerous individuals, museums, science centers and foundations receiving the 2016 awards from Nikola Tesla’s World, a Facebook site founded in August 2014 in Houston.

This is the third year the site has given out the Tesla World Awards.

A Serbian-American and regarded as a futurist in his day, Tesla specialized in electrical engineering and physics. He is credited with inventing the Tesla coil, alternating current, the induction motor, three-phase electric power, remote control and wireless telegraphy.

“Here at Nikola Tesla’s World,” the Facebook site says, “we’re trying to inform, educate and promote one of the greatest discoverers and inventors in the world.”

Toth himself has always been inspired by genius and often finds motivation in what his images inspire in others. Through his career, he has tended to sculpt larger-than-life figures such as Vincent Van Gogh, Sigmund Freud, Enrico Caruso, Ben Franklin, Thomas Edison and the Wright Brothers.

He has been commissioned to do several busts for notable venues such as the Lincoln Center for the Performing Arts, Franklin Institute of Philadelphia and the Smithsonian Institution’s National Portrait Gallery.

Some of his busts have been used as props in movies, including “Scary Movie 3.”

Toth studied at the Newark School of Fine and Industrial Art and the Cape School at Provincetown. Go to RobertTothSculptor.com to see his sculptures, paintings and drawings.

SALISBURY — Go through the home of any member of the Rowan Doll Society, and you might mistake it for... read more