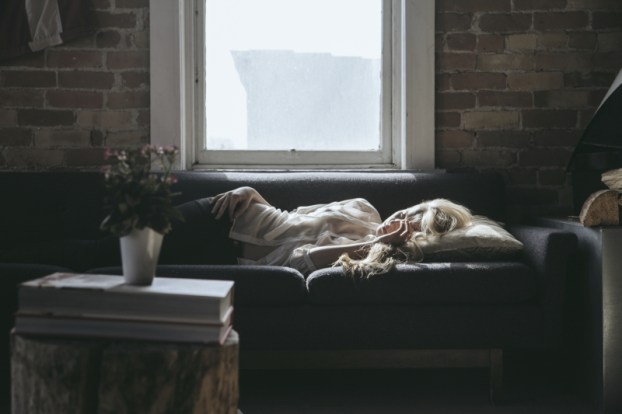 Editor’s note: This is the second part of a two-day series on teen dating violence. For the purpose of anonymity, names of the people involved in this story have been changed.

Jamie was a thriving student athlete with nothing but opportunity ahead of her. After graduating fifth in her high school’s senior class, she matriculated to a four-year university with an impressive scholarship. And then her relationship with David took precedence.

Her grades plummeted.  She became increasingly more isolated from family and friends. Her “spark,” as her mother and father refer to it, was gone.

Throughout their yearlong relationship, David never hit Jamie. He never told her she was ugly or overweight. Instead, he convinced her those close to her were out to keep them apart, that she didn’t need to care for her appearance to keep him appeased. His emotional abuse was covert and hard to detect.

Jamie’s parents are now able to recognize the rapid and unhealthy intensity with which the pair’s relationship began. The summer before she left for school, Jamie and David were together nearly every day, with the boy showing little interest in getting to know her tight-knit family. By the time she moved into her dorm, his disdain for her socializing with others had extended to peers as well her family.

Jamie’s focus would quickly shift from school and athletics to keeping David appeased. She had to remain in constant contact with the teen throughout the day, or face being accused of cheating. Verbal fights would last for hours when she didn’t act according to his wishes, and she started to feel beneath him and unworthy of his love and affection.

“In my case it was ‘you’re beautiful without makeup,’ ‘we don’t have time for you to get ready,’” she says, “so I would go out in a T-shirt and leggings while he looked like he was ready for a business meeting. Instead of helping me work on the weight that I had gained from being so depressed, he would bring me doughnuts and pepperoni rolls. I gained 40 pounds (during our relationship) because he said that I wasn’t eating enough and that it wasn’t healthy.”

Rick and Anna believe these actions were purposeful and manipulative, intended to destroy Jamie’s confident nature and help David keep her to himself.

In a College Dating Violence and Abuse Poll conducted by Knowledge Networks in 2010, nearly half of the female respondents who were actively dating reported some experience with violent and abusive dating behaviors. This same poll revealed that college students feel ill-equipped to handle this pervasive problem – 57 percent said dating violence was difficult to identify and 58 percent said they didn’t know how to help someone who was experiencing it.

Through its monthlong effort to increase community awareness and prevention efforts around teen dating violence, the Family Crisis Council of Salisbury-Rowan hopes to provide Rowan County citizens with the tools necessary to spot the signs of danger and act before it’s too late. The CDC defines teen dating violence as physical, sexual, psychological or emotional violence that occurs within a dating relationship. Perpetrators use this behavior to gain power and control over their victims.

For teenagers and young adults, a complex mix of factors often keep them from speaking up or seeking help. They may lack experience, desire independence from their parents or guardians or romanticize abusive behavior and confuse it with love.

The Avon Foundation for Women encourages parents to pay close attention to their teens’ relationships. Specifically, caregivers are urged to be on the lookout for the following behaviors in their teens’ significant others:

The crisis council also encourages parents to look for signs of abuse within their children themselves. Teens and young adults who are being abused may make excuses and apologize for the behavior of their significant other. They may lose interest in activities that they normally enjoy or be frequently upset and prone to lash out. In some cases, teens may report feeling unsafe or afraid around their partners, and they may have bruises, scratches or other injuries that they cannot explain.

To think back on what she went through, both Jamie and her parents are stunned that abuse could have happened to someone like her.

“I was always outgoing, independent, headstrong, (and) stubborn. No one could tell me what to do. Ever,” Jamie remarks in a recent Facebook post, shared over 430 times by her friends and family. Her post continues, “I start off by saying this to (show) that abuse doesn’t just happen to the ‘weak.’ It can happen to anyone.”

Jamie was a fortunate case. She was surrounded by supportive family members and friends desperate to get her out of her troubling situation. However, the decision to stay or leave David was Jamie’s to make, and his control over her was great.

“One day, she broke,” Anna remembers of her daughter. “She started crying. She said, ‘I don’t know who to believe, you or him.’”

Eventually, David’s controlling nature would force Jamie’s parents to offer their daughter an ultimatum. She could choose to stay with David and move out of their house, or she could leave him and remain at home. This decision, coupled with David’s continued demands for control, would lead her to attempt suicide.

Luckily, this attempt was interrupted. A brief hospitalization at Lifeworks at Rowan Regional would enable Jamie to finally see the unhealthy aspects of her relationship, though this revelation was not immediate.

“Even when I was in the hospital, I didn’t think I was depressed because of him,” Jamie says. “I can’t believe what he put me through and that I didn’t see it.”

Today, Jamie has been away from David for nearly a year; their relationship ended after a cruise with her family provided the distance necessary to sever ties. She is continuing her education at a local college, and has lost 20 of the 40 pounds she gained during her yearlong struggle with emotional abuse.

To others who may be experiencing similar things, Jamie’s advice is simple.

“Please listen to the people that care about you and have loved you your whole life. Listen to their opinion, and look for warning signs,” she says.

“Emotional abuse is not talked about and not known about. That’s why I want to share (my story). If I can help a single person from this, then telling my story was worth it.”

What parents can do

Talking about relationships with teenagers and young adults can often be difficult. Adolescents may prioritize their relationships above all else or feel at fault for any abuse experienced. The Avon Foundation for Women offers the tips below to help parents connect with their teens.

Rick encourages parents of teens experiencing dating violence to remain steadfast. “You can’t give up, but you can’t give in either. You cannot trade all the values and lessons and character building that you’ve done for the satisfaction of giving (them) what (they) want or having (them) home.”

If you or your child is in an abusive relationship, call the Family Crisis Council’s 24-Hour Crisis Line at 704-636-4718 and a trained advocate can help in many ways. For more information about Family Crisis Council of Salisbury-Rowan, a Rowan County United Way partner, visit www.familycrisiscouncil.org.

By Shavonne Walker shavonne.walker@salisburypost.com SALISBURY — As far back as she can recall, Delores Medlin has always had a pencil... read more