If you’ve got something to say, say it! At FBC … kids do 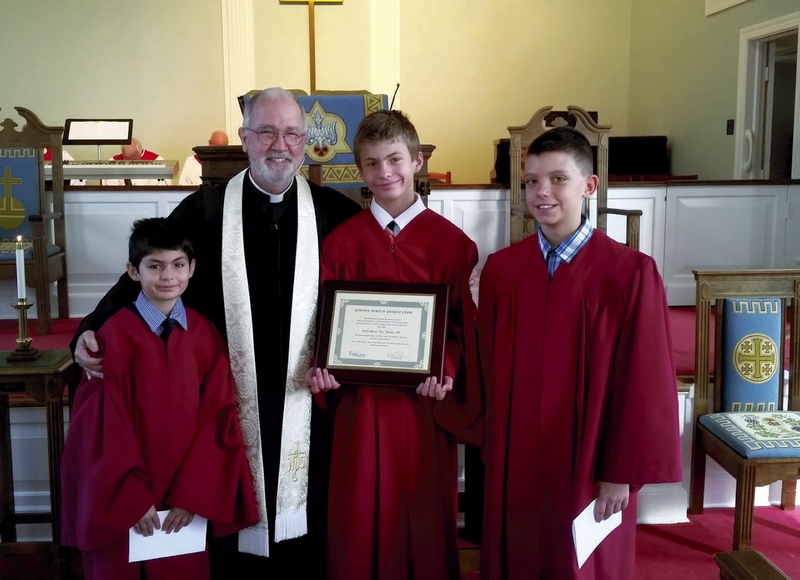 By the Rev. John C. Elam

Franklin Presbyterian Church and the Buckley School of Public Speaking are nearly 150 miles apart, but in some respects, they are closer than you might think.

Both seek to teach and inspire folks to stand tall, state their case with confidence, and never wither in front of the audience.

Some 25 years ago, as a trial lawyer in Greensboro, I came upon some information about F. Reid Buckley’s public speaking school in Camden, S.C. Familiar with Mr. Buckley from his books and late ‘60s debates with Max Lerner; and fond of his more well-known brother’s (William F. Buckley) writings, I called the school.

Fortune was with me. Reid answered the phone and we talked for quite a while. We talked of politics, lawyering, closing arguments and debates. He shared humorous stories of his debate tours, and his travels abroad.

When we hung up, I was convinced. Tuition paid, leave from court granted, I traveled to Camden and attended a seminar.

There were 12 of us: corporate officers, ministers, financial advisors, doctors and other professionals. By the end of the first day, one of our members had dropped out, intimidated to learn that we would be delivering four speeches, a grueling press conference, and competing in formal debate, with Reid and the faculty evaluating each word.

Reid took me aside and informed me I would be filling the deserter’s time with additional speeches and double duty in the debate. I smiled (I should like to say, “with confidence,” but that would be less than truthful), and said, “Thanks.”

Everything went exceptionally well. Our team won the debate with ease (or so it seems with every passing year).

One week later, a package arrived with the coaches’ evaluations. I was thrilled to learn that they voted, unanimously, to award me highest honors in speech and debate. At the time, that double award had been awarded to only one other participant in the history of the school.

Before the year was complete, I found myself serving part-time with the faculty of the school and helping others learn to speak with clarity and conviction before an audience. It was, indeed, high honor.

So, then, think of how joyous it was to become the minister at Franklin Presbyterian Church in 2014 and discover a group of kids who just loved to talk!

It wasn’t too long before I started thinking about harnessing all that vocal energy into a sort-of Franklin Presbyterian Church School of Public Speaking; on a smaller scale, of course. There was no reason that talkative 10, 11, 12 and 13-year-olds couldn’t stand on their feet, look a congregation in the eyes and speak up for their beliefs.

With that in mind, the Franklin Presbyterian founded “Pastor John’s Pulpit Club.”

The requirements of membership are tough. Youths are chosen based upon their ability to express themselves rationally and reasonably. Then they are required to study a Bible passage, consider deeply several probing questions, and draft a sermon; all with my help.

And on a cold and sunny morning in December … parents, grandparents and parishioners watching, they take their place behind the pulpit and preach; articulately, intelligently, and (believe it or not) slowly enough to be understood.

It is both moving and thrilling for all involved.

Thus far, three have completed the requirements and hold diplomas: John and Lee Jarvis (sons of Haley and MJ Jarvis), and Ben Hager (son of Julie and Heath Hager). These young men have inspired us with sermons about the three wise men, King Herod and the Christmas angels.

It won’t stop there. This year, we look forward to our first female inductees into the Pulpit Club. As fate would have it, John, Lee and Ben have sisters… and, trust me, those girls are not going to be left behind.